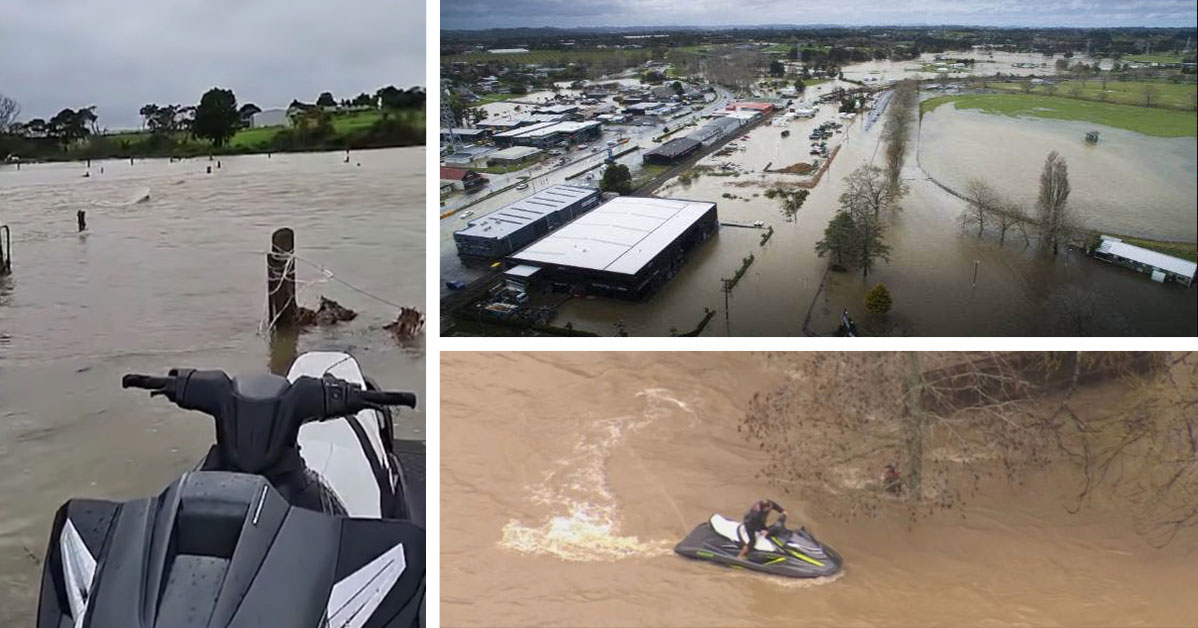 Currently, West Auckland, Australia residents are facing some rather unfavorable weather circumstances. As rain persists and flooding gets worse, many are preparing to potentially evacuate.

Because of this, there are tons of complicated situations where people are forced from their homes and also forced to grapple with life and death scenarios unfolding right in front of their eyes as both life and property are on the line.

However, just because danger lurks doesn’t mean that every story is going to have a sad ending. Instead, sometimes it’s these incredibly tough times where we find some glimmers of hope where people really step up to do the right thing to help out.

In this particular situation, we check in with a scenario where people band together in order to rescue a horse. One notable point, though, is that the horse rescue mission turned into a human rescue mission as well.

As the flooding stranded a horse that was apparently trapped in fencing wire, a couple of folks decided that they were going to save the animal. In order to do that, two men enlisted the help of a neighbor who was willing to lend his jet ski to aid in the effort.

The men made their way into the floodwaters on the ski to get closer to the horse but one actually ended up falling off of the back of the ski and into the raging waters. Fortunately, quick thinking by the driver was able to rescue this individual.

Before long, the men were able to get to the horse and get it untangled from the fencing wire and back on dry ground. While the horse did sustain a couple of battle wounds, it was nothing too serious and every living thing involved in the incident should end up being just fine.