Josh Klugger Gets Ready For Lights Out X, With His Beautiful New TT Mustang. 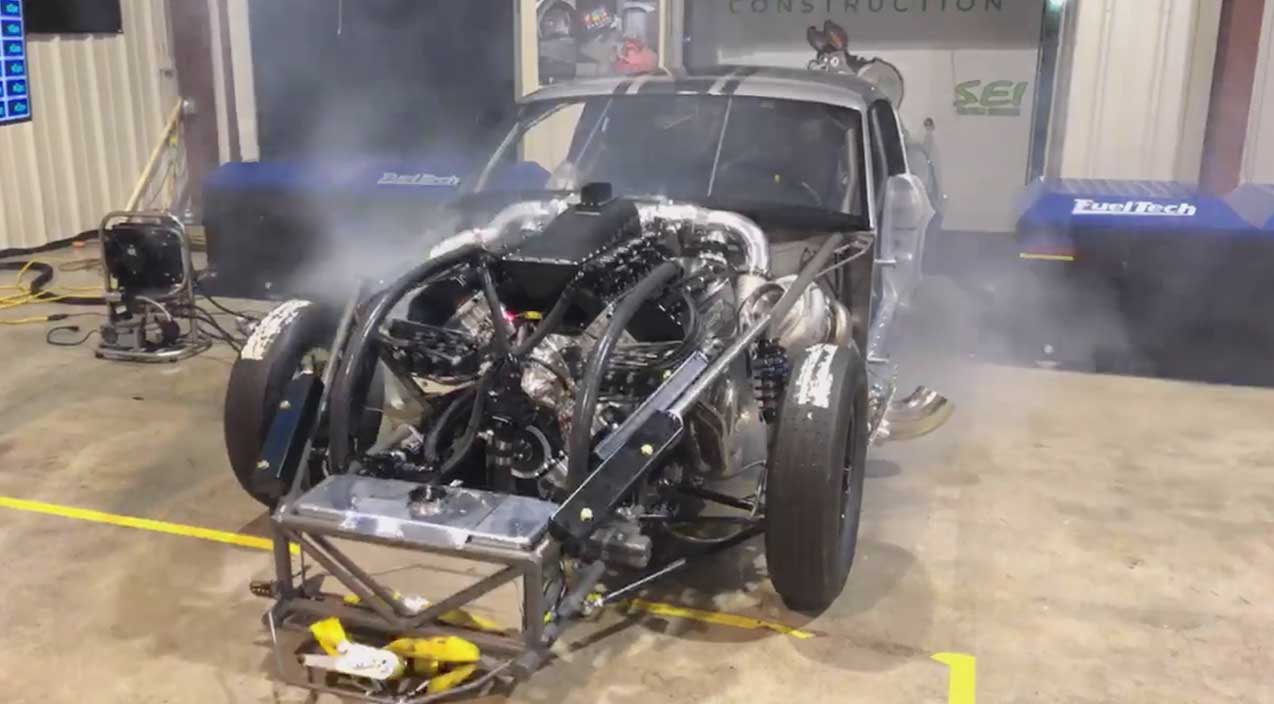 Josh Klugger Gets Ready For Lights Out x, With His Beautiful New Mustang. Every year, there’s a car that shows up at Donald Long’s Lights Out, the de facto season opener for most of the small-tire racing world, and sets the internet ablaze. We’ve seen it with Stevie Fast and the Shadow 2.0, Andrew Alepa’s gorgeous C7 ‘Vette, and several other top-tier cars that chose to make their first public appearances at Lights Out.

We found the one that’s going to show up at next weekend’s Lights Out 10 and possibly break the whole internet for the weekend.

Longtime small tire racer Josh Klugger is most well known in the drag racing community for the wicked blue Fox Body coupe that he smashed the quarter mile radial record with, but that car changed hands last year. The reason Josh and teammate/partner Kevin Fiscus sold that car was because Klugger’s new car was nearing completion at Skinny Kid Race Cars and they needed to make room for the gorgeous new ride.

Between Skinny Kid, fabricator and craftsman Bill Gilsbach, wiring expert Ryan Homier, and RK Racecraft’s Ryan Rakestraw, this car has been built from the ground up in a year by some of the most talented and well-respected guys in the racing industry, and it shows! The finishing touches were added to the 1967 Mustang body in the form of a gorgeous silver Alan Pennywitt paint job, which was then ceramic coated by Glass life Atlanta to keep it looking beautiful. Add in a wicked ProLine Racing Outlaw Twin Turbo HEMI and FuelTech’s state of the art hardware, and you have the makings of a car that not only looks like it belongs in a museum but also cranks out all the horsepower.

This is the first car to be controlled solely by FuelTech. From the engine management to the fuel mapping to timing control, the FuelTech FT600 does it all, even detecting and preventing wheel stands and tire spin. To make sure everything was dialed in, Klugger and his right-hand man Steve Cooks delivered the car to FuelTech’s Ball Ground, GA headquarters, where the car was bolted to their dyno and put through its paces.

We aren’t going to reveal any numbers just yet, as this was mainly a “baseline” session to make sure the car was ready to hit the track. After legendary ProLine tuner Steve Petty worked his magic on the keyboard, the car made several successful dyno pulls before being loaded up and sent south for testing in Orlando. Once they make a few good hits at Orlando, the car will head to SGMP, where it will make its official race debut against the biggest names in small tire racing.

« Josh Klugger Tests His RVW Mustang Before Lights Out X