Josh Robinson’s Holden VF Carbon UTE is Out of This World! 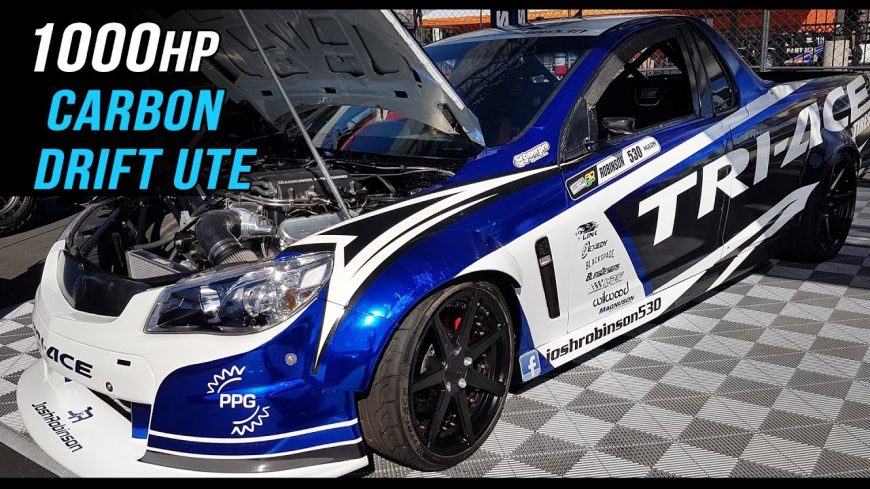 If there’s a group of people that knows how to shred some tires, it’s the Australians so you would think that when it comes to drifting, these guys would naturals at throwing their Australian rides into the corners to get the maximum amount of angle possible to take home the drifting crown.

This time, we catch up with Josh Robinson, a drifter who has made the jump from Australia to the States to take part in Formula Drift. His car that might not look too familiar to you if you live in the United States and don’t happen to have any background knowledge on General Motors Australian affiliates in Holden but we will tell you that these things are pure badass as disguised as a car.

If you don’t know what a Holden UTE is, you’re in luck because Josh is here to tell us all about his custom carbon-bodied Australian masterpiece as powered by General Motors V8 power in the supercharged LS3 engine that cranks out 1000hp at 8500 rpm. When this light weight creation gets out on the track, it really has to rip around those corners.

Get the lowdown on this insane creation down in the video below and tell us what you think of this amazing, weightless, and infinitely powerful purpose built drifting machine. Now all that’s left to do is see what happens when the throttle is left wide open for this big displacement animal to sing!