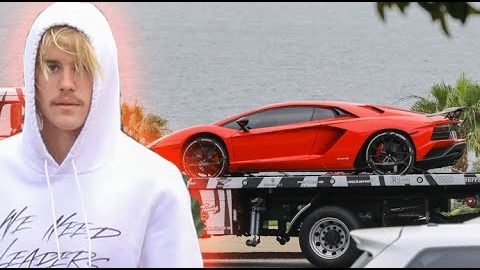 Like they say, money isn’t something that can usually buy happiness but it can buy you just about anything else. Let’s just say that if you’re having a hard time in life, having a Lamborghini dropped off at your front doorstep while you’re on vacation is going to be something that’s pretty welcome. In fact, the situation might just be something that could put a little bit of a smile on your face. As it turns out, names like Justin Bieber just so happen to have the kind of money that it would take in order to put together such a situation, even if it turns out that he’s on the road!

In this video, a bystander who had their camera ready to roll caught the moment as Bieber would have a half of a million dollar car delivered to his hotel at the beach. I guess that, for someone like Bieber, he’s probably not even home all that often but I guess it doesn’t really even present a logistical problem when you have that much money. Just imagine being able to have the luxury of having any car that you want delivered to anywhere in the world at any time and probably not even notice that the price tag hit your bank account.

If you follow along down in the video below, you’ll be able to see exactly that happening as the $500,000 Lamborghini Aventador is dropped off at the Montage Resort in Laguna Beach. While most people probably have googly eyes over something like this, to Justin, it’s probably just another day in the life of a world-renowned superstar. You can catch the scene as you see Bieber, looking like he just woke up from a week-long nap, taking a couple of videos as the car ends up rolling off of the tow truck and into his possession.

« Amazed with Dan Bilzerian Before? Wait Until You See His New House (+2018 Net Worth)