When we take a look at Street Outlaws, naturally, by time constraints and the need to ...

When we take a look at Street Outlaws, naturally, by time constraints and the need to create entertaining television, not everything can be included. Sometimes, things need to be cut in the name of making the best show possible. Naturally, though, this leaves a lot of good content to go to waste. Fans who want to keep up with their favorite drivers seem to be losing out on this content that basically ends up in the circular file.

However, one thing to really be grateful for is a platform like YouTube. The form of social media really spans the gap between what we see on TV and what the guys have going on when they aren’t on screen. The two situations can provide to be entirely different. As it turns out, for those who really want to keep up with their favorite razors, we can see this other side of them over on YouTube.

One of the most recent to get in on the trend is none other than Kamikaze Chris. In order to get things kicked off, we could say that Kamikaze is starting with quite the bombshell. Chris ends up coming on camera and revealing that the storied Elco that he has been known for wheeling has met an untimely demise.

In an incident that we believe happened during a Street Outlaws filming, the car would simply end up in a tough spot where it appears as if there’s going to be a good amount that isn’t salvageable. Moving forward, I’m sure we will get more detail on what exactly Kamikaze’s plans are.

However, in this video, he gives us a little bit of a taste, saying that he does plan on building another El Camino and he’s going to be thrashing pretty hard to get back to racing.

That’s just the tip of the iceberg as this intro video explains, that on the new KamiKaze Life YouTube channel, we will get all sorts of different background about the show including how he has risen the ranks as a drag racer and more behind the scenes that will give us a look at one of the fan-favorite racers in a way like never before. 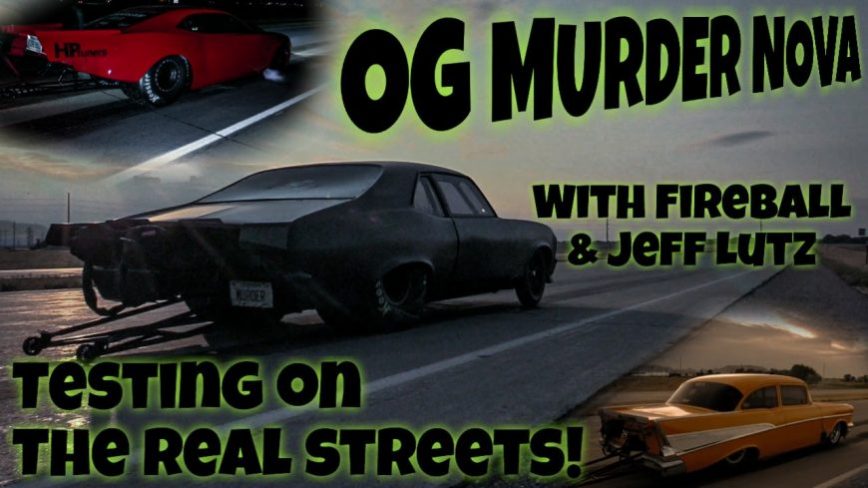