When it comes down to the no prep scene, there’s always an air of competition ...

When it comes down to the no prep scene, there’s always an air of competition when a couple of cars roll up to the line and get ready to go at one another, laying it all out there and leaving the best of their abilities on the track. It can really make the hair on your neck stand up with that instant gratification of having a winner and a loser after just a couple of seconds and that doesn’t even account for the theatrics that might occur as you get from start to finish.

When you have two heavy hitting cars like this lining up to go to battle, that action gets even better. You know that neither of these guys wants to go home with a loss and they’re going to throw down as much power as they can to prevent that from happening. Let’s just hope that they can keep it out of the walls!

In this one, we tune in to watch as Street Outlaws Kamikaze Chris goes head-to-head with “Gudfar” as they throw down at Outlaw Armageddon. Perhaps the best part of matchups like these is anything can happen on any given race when cars are this close. One misstep by either driver could mean victory for the other but even if you step out of line, you need to keep rolling because you never know what could be in store. You can’t give up until both cars have made it across the finish line and as we see here that finish line situation comes down to mere inches!

Ride along in the video down below from the guys over at the National No Prep Association as they’re on location to capture the magic as this pair of superheroes squares off against one another on the track. Who is going home with the victory in this one and the bragging rights to go along with it? Well, I think that you’re probably going to have to just tune in down below to see that one for yourself. We wouldn’t want to spoil the action for you, after all. 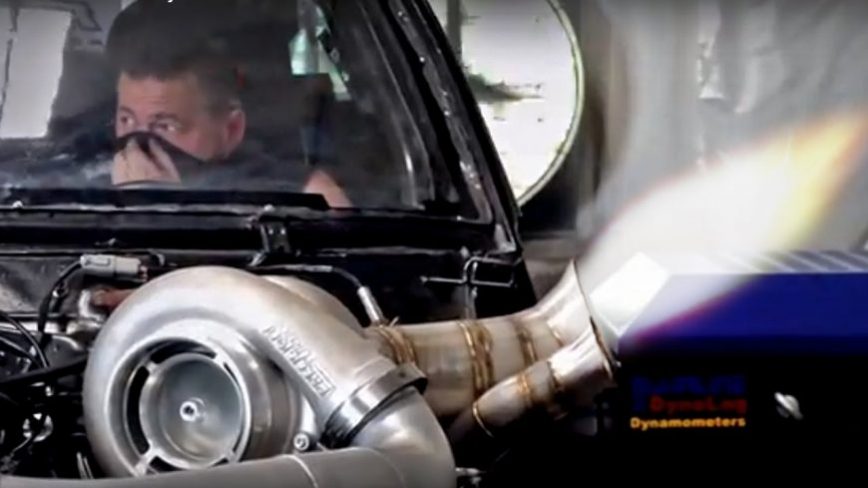