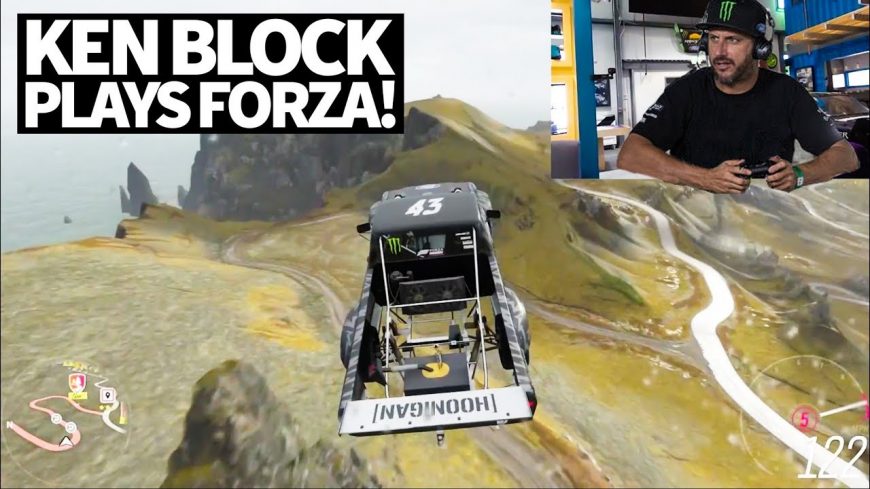 In this day and age, video games are getting incredibly realistic. As we move toward an age of virtual reality, they might even continue to blur the lines between game and reality. Even in our pre-VR world, we’re able to take a look at some games that give us quite the experience. Outside of their insane level of realism, they allow us to expand past real-life limits. Even for the likes of a professional driver, Ken Block, he’s able to crack into a video game and take his talents to a different area.

Now, you might be saying to yourself, Block has wheeled the highest order of racing machines in the world. What exactly could a game offer him that he hasn’t already been able to do in real life? Well, the answer might just be found behind some incredibly familiar faces.

As those familiar with the game know, some of Ken‘s cars have even found their way into the publication. With that in mind, he’s able to get behind the wheel of his very own Hoonicorn amongst others. Now, obviously, driving the real-life car is going to be a more desirable experience. However, the game allows Block to go really far off of the beaten path. While damage and danger exist in real life, the same doesn’t necessarily apply in a game. Therefore, Block can push the limits much harder than he would in reality.

By following along with the video below, we’re able to join in with the professional driver’s experience with the video game. He even takes the time to pick out a couple of things that he would call his favorites about Forza Horizon 4. While video games certainly aren’t real-life experiences, they can provide what might be the next best thing. After all, not many people are going to be able to hop behind the wheel of a car the same caliber as Hoonicorn. Perhaps a virtual version is the next best thing.