Ken Block Gears Up For CLIMBKHANA With His NOW 1400hp Twin Turbo Hoonicorn On Meth!

Ken Block Gears Up For CLIMBKHANA With His NOW 1400hp Twin Turbo Hoonicorn On Meth!

Take what you thought you knew about Ken Block’s wicked Hoonicorn Mustang and throw ...

Take what you thought you knew about Ken Block’s wicked Hoonicorn Mustang and throw it out the window. The iconic all-wheel drive hotrod has undergone some drastic changes and it’s about to break the internet all over again, this time while climbing thousands of feet up the treacherous Pike’s Peak hillclimb.

If you remember the car from previous videos, you know the car was naturally aspirated and made about 850 horsepower. That number pales in comparison to the current output of the Hoonicorn, which has now been equipped with a pair of gnarly Garrett turbos that crank the power levels well into quadruple digit levels. With 1,400 ponies on tap, the car behaves like a totally different beast than anything the legendary wheelman has driven before, leaving him candidly admitting that the car is downright scary.

However, knowing Ken’s years of experience and knack for finding what a car likes, we’re willing to bet he gets a firm grip on the newfound power before heading off to Colorado to hit Pike’s Peak.

We love seeing this candid footage of Ken talking about the car and what makes it so different from anything he’s ever driven, and why they decided to go with turbochargers for the run up the hill. Any driver will tell you there should always be a little fear when you’re behind the wheel, because when you don’t fear you car you can lose respect for it, but Block openly admits the car terrifies him, which makes the whole things just that much more badass when he jumps behind the wheel and slings the car around the track to get some seat time before the main event.

The video from Pike’s Peak will drop Monday, so be on the lookout for Climbkhana to be all you see when it hits!

What’s it like to drive the 1400 horsepower methanol-fed twin turbo Hoonicorn V2? Terrifying. And it takes a LOT for me to admit that! Ha. Check out my reaction to testing this beast for the first time ever, along with some great testing footage, in the video below. 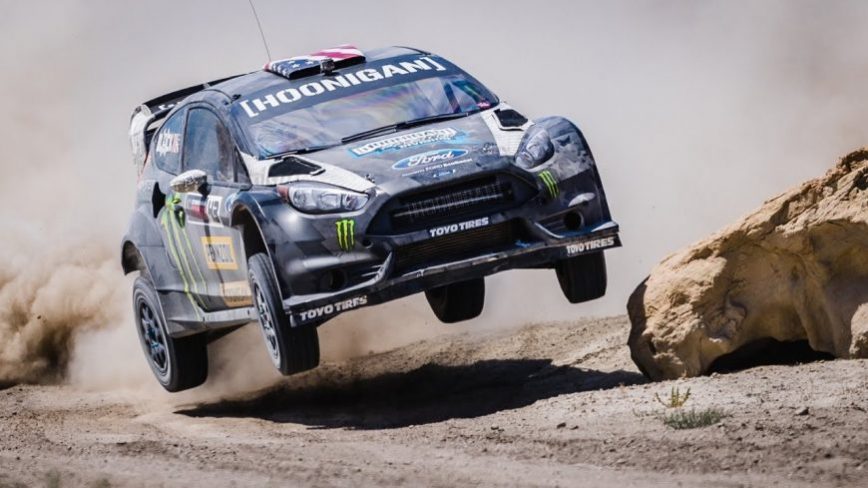