If you ask us, Ken Block’s Hoonitruck provides a bit of everything for all ...

If you ask us, Ken Block’s Hoonitruck provides a bit of everything for all sorts of different tastes. First and foremost, the aggressive nature of the truck is simply too good to deny. There’s something about a slammed F-100 looking like it’s ready for a battle that gets the adrenaline going. Once it lures you win with its looks, though, it’s game over because it only gets better from there.

Now, the idea to build an old school Ford pickup truck as a modernized all-wheel-drive platform is one thing. Throwing lots of power at it is another. Under in the hood, we find a twin turbo powerplant that’s capable of 900 hp. You know that when Ken Block is behind the wheel, he’s going to use all of that horsepower to his advantage. We can expect lots of sliding sideways, burnouts, and a little bit of drifting. Just when it looks like Block might be about to lose control, he pulls another trick out of his hat.

This time, we see the truck in a very different situation from what we’re used to. Originally, the truck debuted for use in Gymkhana 10. For those familiar with the series, they know that it involved pretty much all sideways action. At the Goodwood Festival of Speed, the hill climb is more about grip and cornering. We think that Block is up for the challenge, though!

By following along with the video below, we get a look at the multi-talented truck and driver combination. Watching this thing rip around in just about any circumstance can be really special. Seeing it go all out in this hill climb is truly something to see. There’s no telling what kind of insanity Block is going to throw in along the way as well! Keep those eyes peeled. We never know what’s coming next! 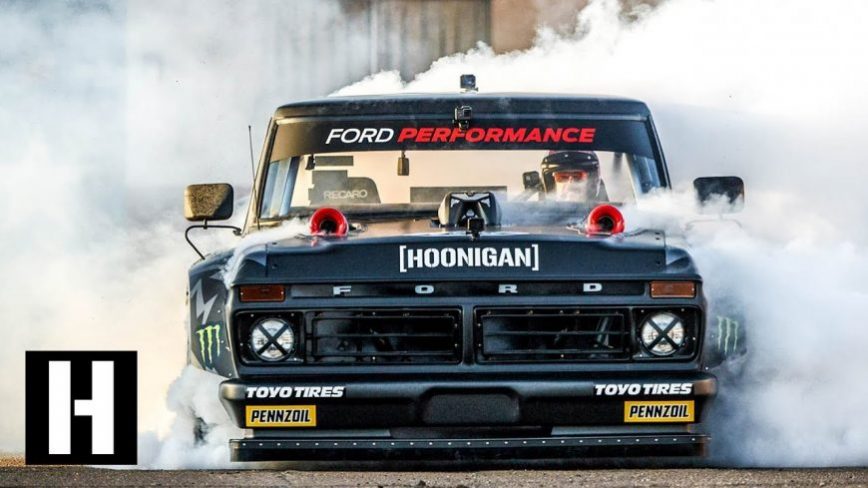