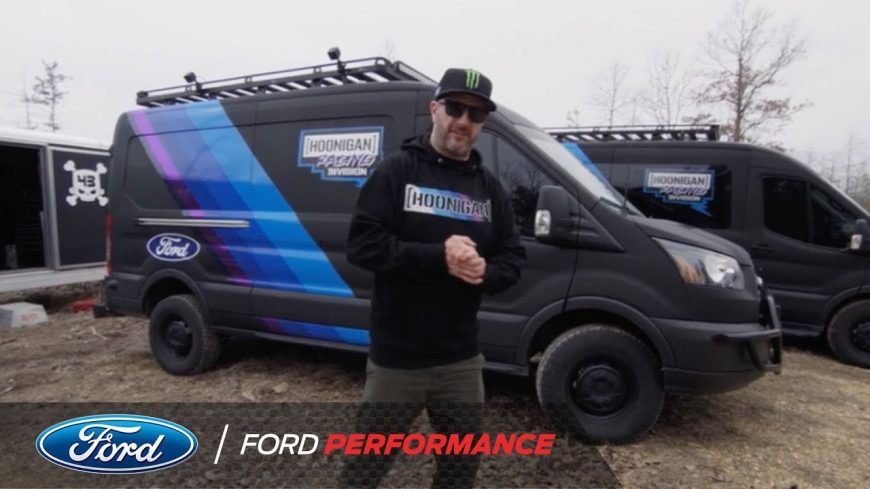 Sometimes,the sights and sounds that performance vehicles have to offer can entrance us. It’s easy to get lost in it all. Often times, we consider the vehicle it’s right in front of our eyes without going so far as thinking about all of the effort and extra equipment that it’s going to take in order to maintain such a vehicle. After all, when someone like Ken Block steps up to the plate for a rally race, it’s on the heels of lots of work. All that work never stops, either! Even when they’re on the road, Block and crew need to work on their machines. This calls for a special set of tools for the job.

In this case, it would just so happen that one of the right tools is none other the Ford Transit van. As one can imagine, a rally service van behind Ken isn’t going to be anything typical. Instead, this thing is really decked out to the nines to act as a sort of support vehicle. For most people, they probably wouldn’t bat an eye at this thing. After all, it just looks like a regular old boring work van outside of the custom livery. However, for us, we’re completely nerding out on all of the extras that it has to offer.

By following along with the video below, we get to check out the Hoonigan support van in all of its glory. From specialized tools to lighting and everything between, this is a mechanic’s mobile dream. As one can imagine, all sorts of obscure situations have to pop up in the middle of a rally race. With a van like this, being able to handle those situations is one step closer to a dream. This thing really takes some magical steps toward the ultimate rally experience.