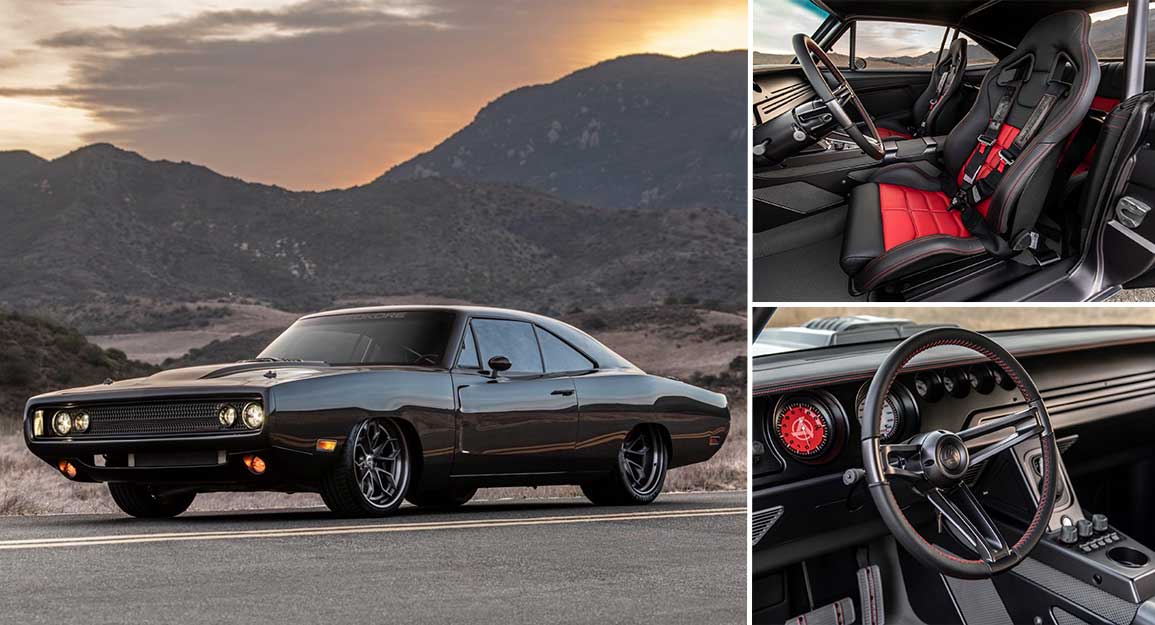 For anyone who wasn’t living under a rock in 2019, we remember a pretty crazy car accident that seriously injured comedian, Kevin Hart. Since then, Hart has recovered from the incident that he claims to have learned a lot from. Those who follow Hart now that he took the situation very seriously and it even made him look at life in a different way.

However, no matter how bad the accident, it seems as if the comedian won’t let it hold him back from his passion for automobiles. Instead, he will go back to the same shop that built the last car to get another. This time, though, we have to say that the machine that SpeedKore Performance Group put together is second to none. This thing is so stunning that it is guaranteed to leave jaws on the floor.

In place of the smashed Mopar, we find another vehicle from the Mopar camp. The 1970 Dodge Charger is anything but your typical classic. Instead, the car is decked out from top to bottom with all sorts of custom carbon fiber. Under the hood, we find a 7.0L Hellephant engine. The engine is a 426 Hemi that produces 1000 hp at 950 foot-pounds of torque. Oh yeah, the cool thing about the engine is that it was an offered up directly from Dodge as a turnkey package. It’s probably about the only part of this car that was “Drop in and go” as it looks like much of the rest was custom-crafted.

Backing up the 1000 hp, we find a Demon-spec ZF 8HP90 8-speed automatic. In other words, this car is as bad as it gets and seems to have the components to be able to handle a beating from all that power.

We’re sure that the car set Hart back a pretty penny but we can’t be sure exactly how much. Stay tuned for delivery videos when the car finally makes its way to the comedian.

« Trust us, Taking a Few Minutes to Watch an 11,000 HP Top Fuel Engine Come Together and Test Run is More Than Worth It!