Kevin Rivenbark’s First Time On Radials, And He Sets The World Record 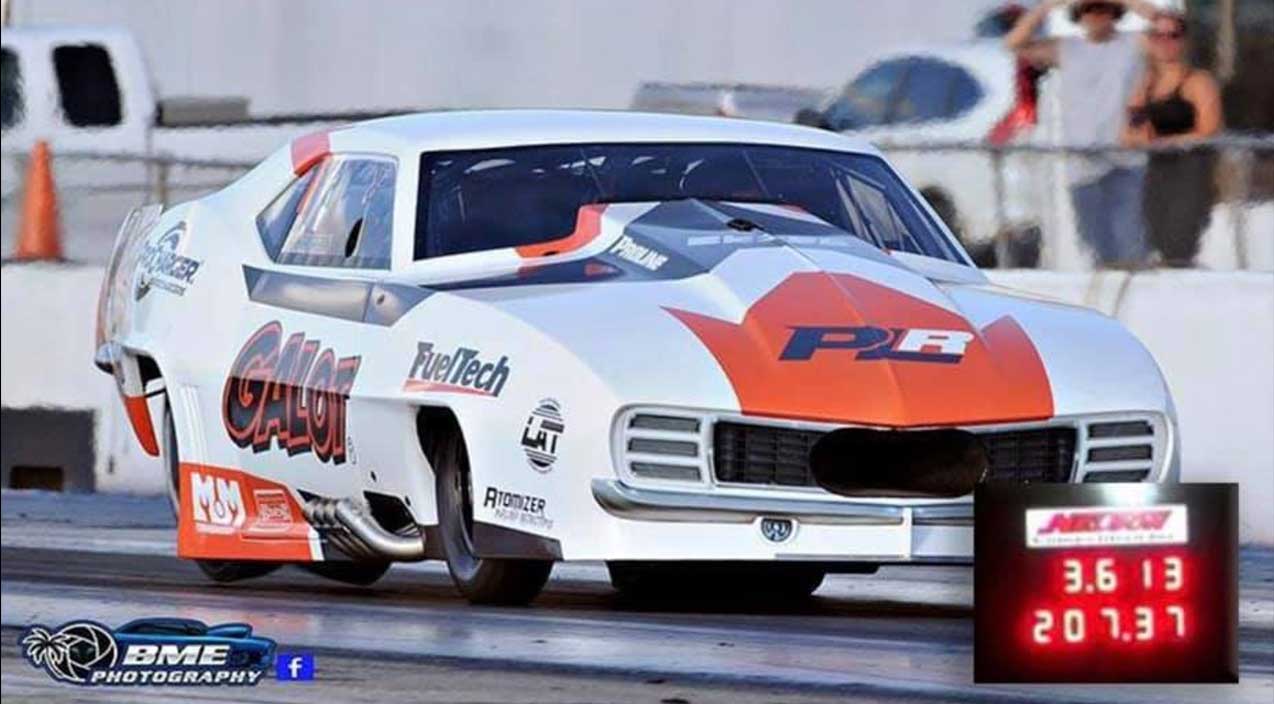 If you follow the world of PDRA and their awesome race series, you have probably heard the name Kevin Rivenbark frequently. As part of the GALOT Motorsports team, Kevin is no stranger at all to putting up big numbers in doorslammers.

Of course, if you follow any type of drag racing, you’ve almost certainly heard the name ProLine and ProCharger, as both companies have become synonymous with high-powered drag cars at just about every level. The two teamed up to build this Camaro for Pro Mod, but the powers that be at ProLine decided to bolt radials on the car and make the trip down to South Georgia Motorsports Park for Lights Out X to see what the car would do on small tires.

It did not disappoint!

The Camaro, which is powered by one of ProLine’s trademark powerplants fed by the largest supercharger ProCharger has ever built. The horsepower numbers haven’t been released, but rumors abound that the setup makes more power to the wheels than a screw-blown Hemi, just to give you an idea of how badass this centrifugal supercharger really is.

Rivenbark made waves his first time down the track on radials, unleashing a 3.66 second elapsed time and putting the class on notice that he was not to be taken lightly. With ProLine’s legendary brain trust, including Steve Petty and Jamie Miller, dialing in the tuneup, the car would get progressively quicker, eventually setting a new Radial vs the World record at 3.61 seconds, eclipsing the previous record of 3.62 set by Mark Micke at last year’s Sweet Sixteen.

Thanks as always to our partner Hans at Free Life Films for the excellent footage from the race. We love seeing his videos come rolling out after a big event, as it gives us plenty of awesome moments to share with you guys!

Kevin Rivenbark and the Team over at Pro Line Racing set TWO Records in ONE Hit! They managed to reclaim the overall Drag Radial Tire Record with a [email protected], and also Reset the ProCharger Record on the same pass!! With consistent runs in the 3.60 zone you could almost call it a bracket car!! Who will be the first to the 3.50 Zone?? Only time will tell!Thank You to our Event Media Partners ASA Performance and ProTorque! Go Follow and LIKE their pages on Facebook and visit their websites. Support Those Who Support Us!!