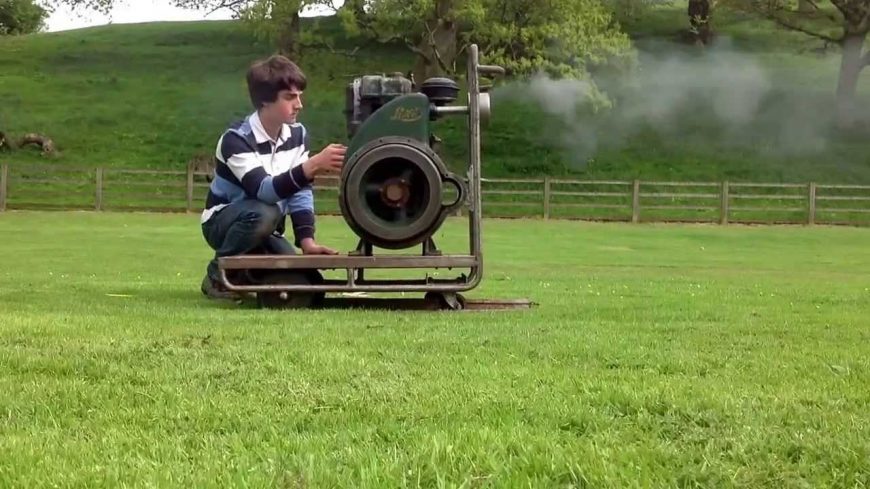 If you search YouTube for “runaway diesel”, there are more than a few videos of people cranking up these finicky engines and having them run away, or begin spinning faster than intended, often to the point of destroying themselves. In most of those videos, anybody within reach of the engine typically panics and just runs away, leaving engine to either run itself out of fuel or break down from the stresses of running at a higher-than-intended speed.

This kid, who looks to be maybe 15 or 16 years old, handles the situation like a seasoned vet, shutting the engine down so deftly that if you don’t know what to look for, you can’t really even tell that anything went wrong with this test run of his Lister SL1 engine. I’ve seen several of these videos, and can honestly say this kid handled the situation better than some grown men would have.

Just to help those uninitiated in crazy diesel antics know what to look for, around the 1:30 mark in the video, the engine’s RPM begin to climb noticeably. The guy operating the camera picks it up to move closer and the engine goes partially out of frame for a second, but you can see the kid reach toward the top of the engine, likely shutting off the fuel or air supply, which will obviously keep the engine from racing uncontrollably.

Once the RPM’s return to normal, he brings everything back into balance and it sounds like it’s running just fine. He then shuts the engine down and the video ends with the engine still in good working order, something many other YouTuber’s can’t say. With this kind of poise, this young man just might have a future ahead of him as a surgeon or bomb technician, or at the very least, a Diesel engine whisperer.