Kids Stumble Upon an Abandoned 737 in the Forest

Kids Stumble Upon an Abandoned 737 in the Forest

All around the world, we see some pretty wild things that are just left for dead, ...

All around the world, we see some pretty wild things that are just left for dead, allowed to sit and rot and be overgrown with foliage as they age. At some point in time, many of these objects and structures were used and were thriving which probably is what makes them so appealing today. When exploring abandoned features, it really leads you to wonder exactly what led them to where they have gotten. Was it just old age that got to them and led to their downfall? Did mechanical failure get the best of machines like this airplane? Did something else happen?

This time, we take a dive into an abandoned 737 that a couple of kids just so happened to locate and dig out as they were looking for a little bit of a thrill when they would make their way through the forest one day. As it turns out, the head of this group who goes by name of Josh actually posts quite a few videos as it appears as if his hobby has spiraled into a pretty intense job as his YouTube channel is really taking off and allowing us to see countless clips that dive into all sorts of different locations and structures that seem to have been forgotten by their owners.

Follow along with the video down below allows you to explore inside of an airplane that has been doing nothing but sitting around for years. The mind really runs rampant as to what kind of activities were undertaken with such a craft before it would meet its final resting place, or at least where one would assume is its final resting place. After getting a load of this retired craft, be sure to tell us what you think would cause this machine, that once seemed to defy gravity, to spend its final days resting in a forest. This is truly an adventure if we’ve seen one! 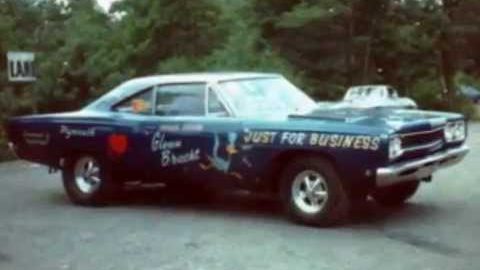