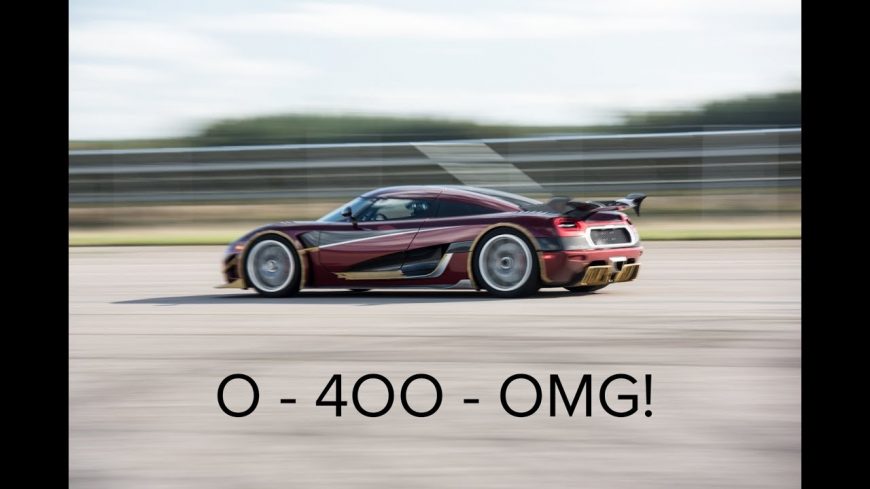 When it comes to being the best at your craft, sure, you want to make sure that you independently work to make sure that you make the best possible product that you can, however, if you want to be the best, you need to go out there and show that you can beat the best. Now, this isn’t necessarily always done on the track with one another right next to each other with different drivers pushing their respective car around the surface at the same time but instead, can definitely take place in the form of setting and breaking records.

This time, we check out a record attempt that we saw set by the Bugatti Chiron not too long ago and, just a month or two later, the Koenigsegg Agera RS comes around and tries out the same test, shaving seconds off of the time of the Chiron. While the Chiron was able to complete the 0-400-0km/h test in just 42 seconds, an impressive time by any stretch of imagination and one that even went so far as to become the best overall, it looks like Koenigsegg sensed the blood in the water and decided that now is a good a time as any to strike as they would manage to carry out the same test in just 36.44 seconds. This chops right in the ballpark of 6-seconds off of the previous record.

The gap might not seem like much but in a world where every last millisecond counts and teams will spend hundreds of thousands of dollars trying to chase down every last decimal point, this is really a major accomplishment. Ride along down in the video below that takes you to an airfield in Vandel, Denmark that showcases all of the action as this wild ride rockets to nearly 250 mph and comes to a stop, setting itself a new world record.