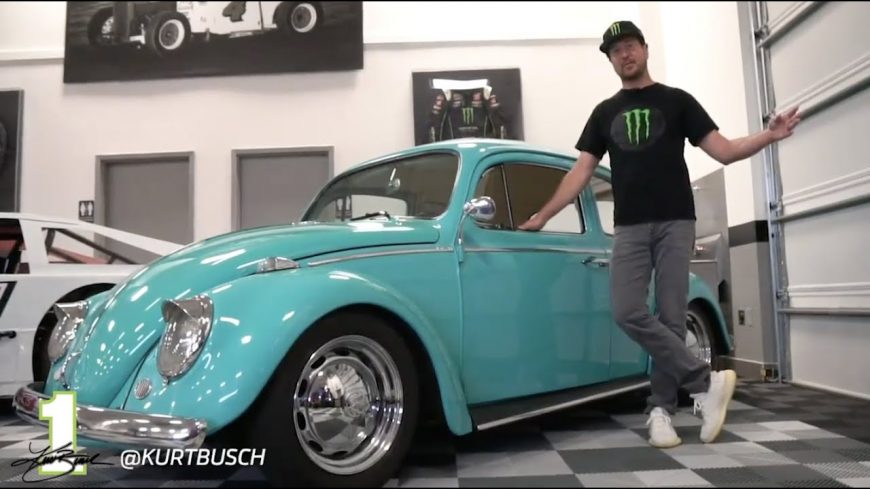 For fans of NASCAR, it can be easy for the mind to wonder exactly what it’s like for their favorite drivers to get behind the wheel when they aren’t on a race track. At the end of the day, is it possible that they still enjoy driving on the streets? After all, living up to life at 200+ miles per hour on the race track is a difficult task. You certainly won’t see them doing anything close to that sort of speed on the street. So, has racing made them lose their interest in cars off of the track?

If we take a look at the car collections of some of our favorite NASCAR drivers, we would actually argue that the exact opposite is true. While some drivers don’t spend a lot of money on their cars, others definitely have a collection that is to envy by pretty much any car enthusiast. One of the drivers who definitely has some pretty neat machines off of the track is Kurt Busch. The NASCAR driver is a veteran at this point and over his career, he’s earned quite a bit of money to put together a pretty sweet car collection and an awesome man cave to boot.

This time, Busch is giving us the rundown, showing us exactly where it is that his taste in cars takes him when he’s not racing in the No. 1 Chevrolet Camaro on Sundays. As it turns out, his tastes do skew a little bit more toward the classic side but there’s a little bit of variety here and there to mix it up as well.

Frankly, we kind of expect every NASCAR driver to have an awesome car collection and we have to say that Kurt Busch’s collection certainly does not disappoint. See it for yourself in its entirety down in the guided tour below.