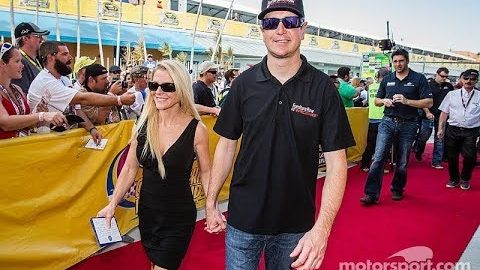 Patricia Driscoll and her ex-boyfriend, Kurt Busch, have certainly had a colorful road to get to where they’ve gotten today. The last time that the couple had popped up in the news together, it was surrounding a domestic abuse claim. Driscoll had stated that Busch slammed her head against the wall of their trailer several times. Busch refuted the claims, citing that Driscoll was a trained assassin in his argument. He would go on to not face charges and be reinstated as a NASCAR competitor after a suspension.

Since then, Busch seems to have been able to keep his name out of the headlines for non-racing activity. Driscoll, on the other hand, simply has not. Driscoll, the director of a veterans charity at the time of another incident, would be convicted of stealing from said charity.

The draw of the charity is said to have been that 95% would be used to help veterans and their families. As the court would rule, Driscoll was said to have gone against that mission for her own personal gain.

When all was said and done, Driscoll would be convicted of pocketing $900,000 for personal expenses. Other charges in the 2018 case would include wire fraud, tax evasion and first-degree fraud, according to the Justice Department.

According to Fox News, “This misuse of funds included jewelry purchases, a $65,000 dermatologist visit and legal fees relating to domestic violence accusations against Busch.”

At the time, she would resign from the organization after 12 years. The case has been complicated and ongoing but appears to have finally come to a close.

The outlet continues that Driscoll is due to serve a year in prison. Fox News says that sentencing had been stayed pending an appeal. They also include that she will be responsible for paying $154,289 in restitution alongside 36 months supervised release.