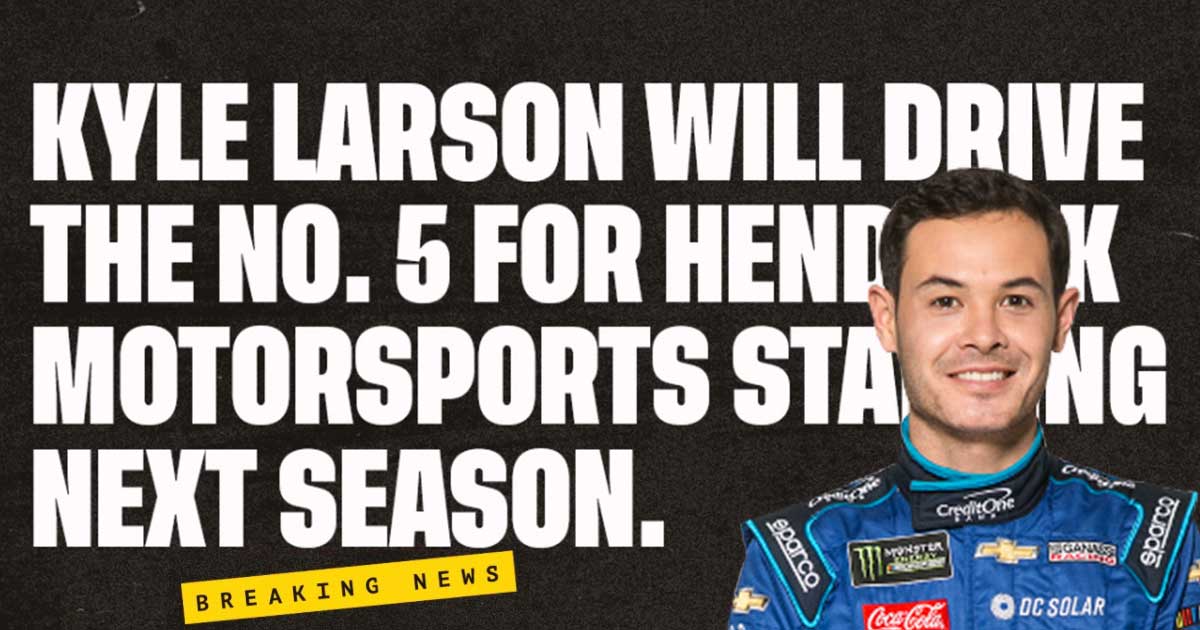 For those who aren’t familiar with the story of Kyle Larson, he has gone on quite the wild ride over the past half-year. During an iRacing live stream, he decided to spit out a racial slur on the broadcast. It wasn’t targeted at anybody in particular but NASCAR decided it was a big enough offense to suspend Larson. His sponsors would also immediately oblige, kicking him to the curb.

Ever since, Larson has been apologizing for the maneuver and doing what he could to try and remedy his actions. Just recently, the powers behind the scenes at NASCAR decided that enough was enough and they were going to reinstate him as he filed his appeal for suspension.

At the point of reinstatement, it seemed as if the filing of the appeal was just a formality. Most had anticipated that Larson would probably be back behind the wheel of a NASCAR stock car for the 2021 season.

The only question that remains was “Who would sign him?”

As the quickest rising stock before the debacle on iRacing, you can bet your bottom dollar that the rumor mill was absolutely swirling. Apparently, Hendrick Motorsports was happy with the way that Larson handled the situation after his blunder. They have recently agreed to a multi-year contract for Larson to drive the No. 5 car.

Hendrick Motorsports is one of the biggest titans of the NASCAR circuit. They employ the most decorated active driver of all time in Jimmie Johnson who is set to retire this year. The opening on their roster will be filled by Larson who will join Chase Elliott, Alex Bowman, William Byron. While Elliot and Byron will retain their spots behind the wheel of the No. 9 and No. 24 respectively, Bowman will move from the No. 88 to the No. 48 in lieu of Johnson’s retirement. We would be left to assume that the addition of Larson behind the wheel of the No. 5 would vacate the No. 88 until further notice.

Kyle Larson has signed a multi-year contract to drive the No. 5 for Hendrick Motorsports.