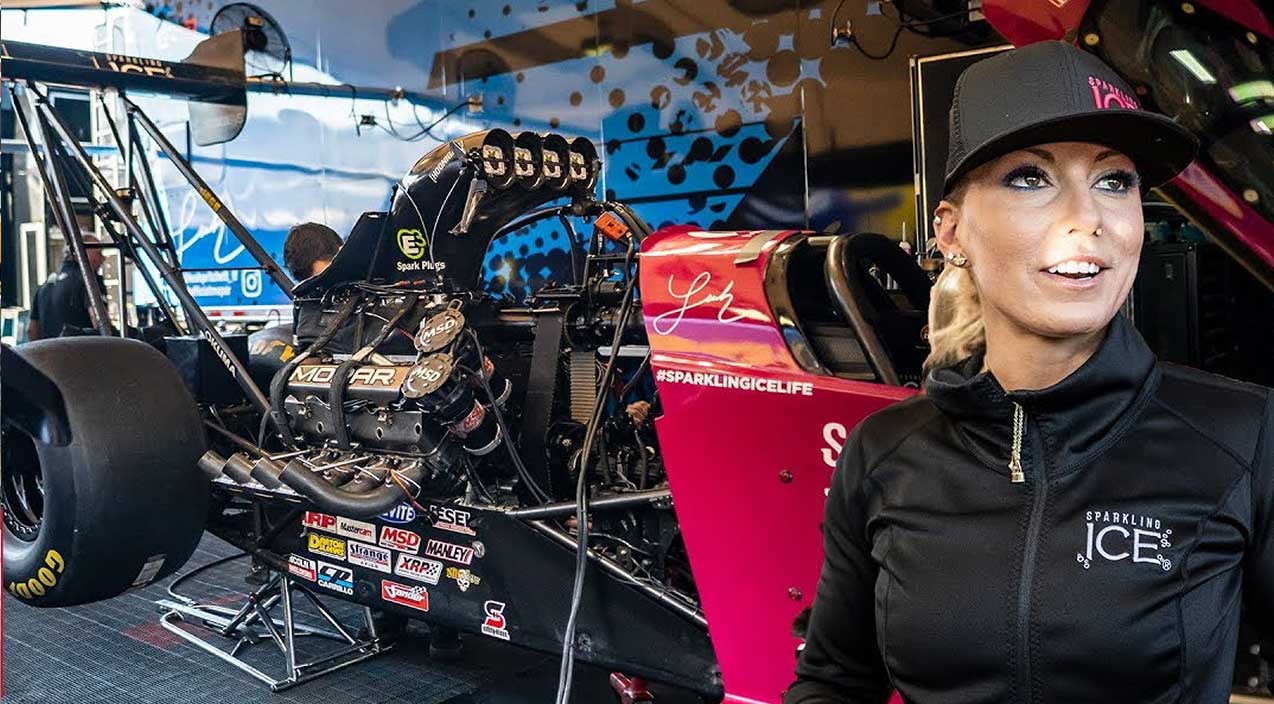 Checking In With Leah Pritchett, NHRA Winter Nationals – Pomona. The guys from Hoonigan have gotten to be pretty close with Team Speed Society Racing’s First Lady, Leah Pritchett. With the NHRA’s Winternationals being held at Pomona, just a short drive from the Hoonigan headquarters, the guys headed out to spend some time with LP as she kicked off her 2019 season.

When they walked up into Pritchett’s pit, the found her mixing fuel for an upcoming pass. With a car capable of cranking out an estimated 11,000 horsepower, the mixture of nitromethane has to literally be perfect, so we get a quick lesson in how to properly balance the mixture, you know, just in case any of us are ever in a position of having to prepare jugs of nitro for a run.

After the chemistry lesson, Leah and Brad discuss the Kall Out Kings race between Hoonigan’s Jon Chase and Roadkill head honcho Mike Finnegan. This took place between the first and second of Chase and Finnegan’s best-of-three series, while the gang was bust swapping engines in the Tri-Five By Fire. Leah offers up one of her DSR powerplants, but Chase decided against that, sticking with his original plan of sticking his own engine in the car and keeping the frame rails intact.

The discussion then turns to RC cars, which will represent the two possible looks for Leah’s 2019 Factory Stock Showdown title defense. When they are revealed, you guys will actually get to vote on which livery will adorn the Challenger for this year’s campaign. We’ll have that link available as soon as the voting opens so you guys can choose what Leah’s hotrod looks like when the FSS season kicks off in a few weeks.

As most of you know, Leah started off the weekend with some struggles but did end up taking down her DSR teammate Antron Brown in the first round before coming up just short in the second round.