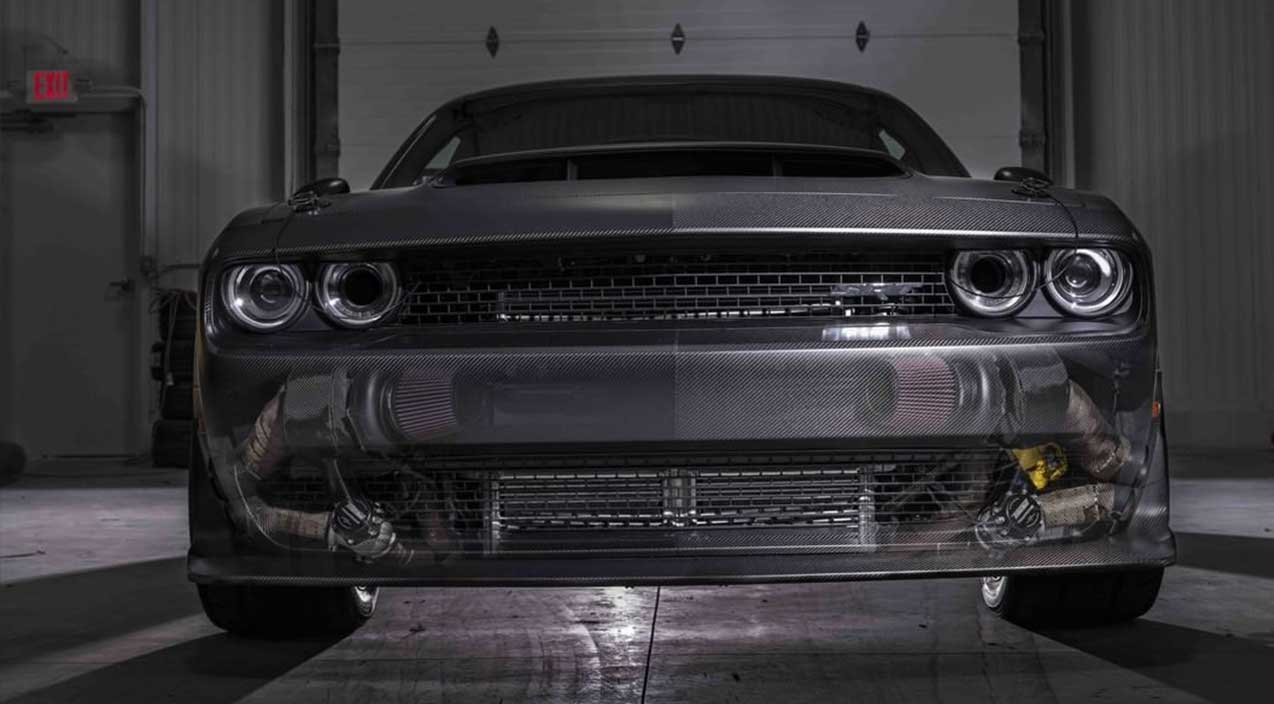 As one of the test drivers for the Dodge Challenger SRT Demon project, our very own Leah Pritchett has been deeply involved in extracting as much performance out of this car as possible since day one. She was behind the wheel for the record-smashing test session that produced the insane numbers revealed when the car was announced to the public – 9.65 seconds at 140 MPH in case you’ve forgotten – and she’s remained involved with the community as the cars have been modified.

More than one Demon owner has called upon Pritchett’s expertise with the platform to extract the quickest numbers from their personal cars, and she’s delivered each time. There is one car that was built for no other reason than to smash the overall Demon record, and once again, the team behind this build wanted Leah in the driver’s seat to ensure the car covered the 1,320 as quickly as possible. As always, Leah delivered!

The car, built by Gearhead Fabrications and Speedkore, no longer relies on the massive Dodge supercharger to cram air into the HEMI powerplant. Instead, there is a pair of turbochargers mounted just behind the front grille that sends compressed air into the engine at a high rate of speed. I don’t have any dyno numbers for this particular build, but with the stock Demon powerplant capable of cranking out some 840 horsepower, it seems likely this one is well over the 1,000 mark in the horsepower department.

You can hear as the car blasts down the quarter mile that the Demon-specific transmission does a great job of keeping the engine in its “power band”, the range of RPM’s where the most horsepower is produced. HEMI engines don’t necessarily need to spin huge RPM’s to produce power, so the car almost sounds like it’s on a leisurely stroll to the finish line, until those numbers pop up on the scoreboard and reveal that the car covered the quarter in 8.81 seconds at 150 MPH. We do know that Leah went on to run as quick as 8.77, and that is where the record will officially stand, at least for now. Something tells me we haven’t seen the last of this car, though.