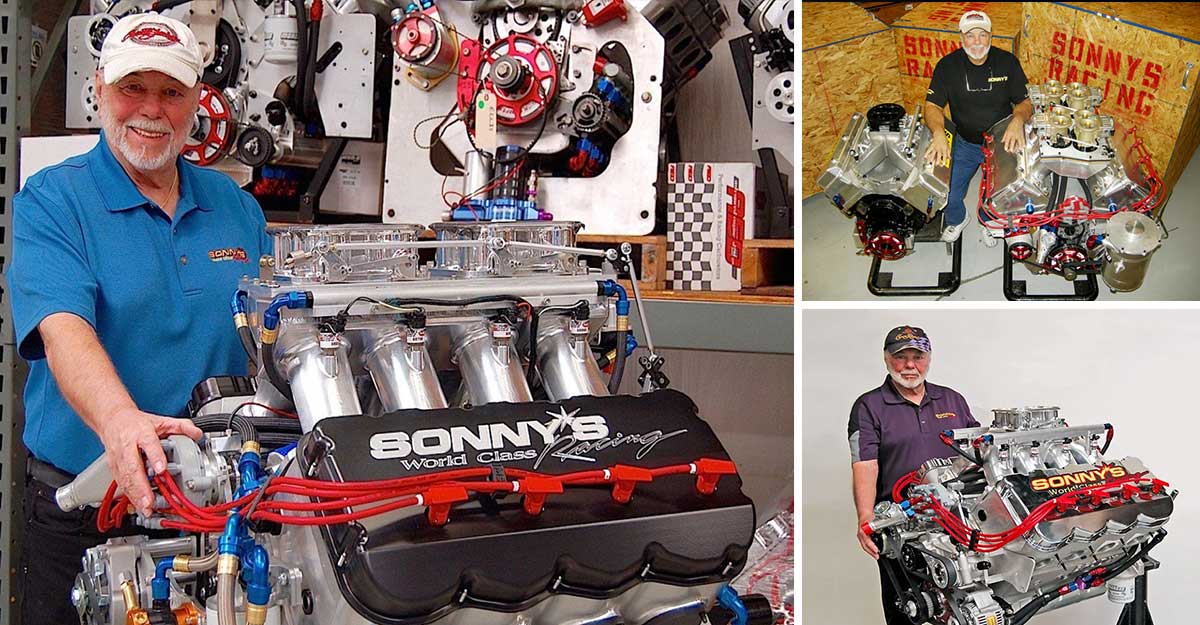 Leonard’s reputation as an engine builder preceded him as someone who was incredibly well known in the world of Pro Stock and Pro Modified racing. In fact, for those who have spent time around the world of drag racing, there’s a good chance they’ve heard of Sonny Leonard.

Leonard’s rise started as nothing more than a hobby but when things would expand, he eventually turned that hobby into a legacy. The next step along the way was a two-bay shop in Madison Heights, Virginia in 1968 says Dragzine. Along the way as Leonard continued to learn and build, he would be credited with a number of performance developments.

One of the most impressive early accomplishments came back in 1987 when a man by the name of Bill Kuhlmann bought a 615 cubic inch engine from Sonny’s and, with the help of a little nitrous, was able to put the machine to become the first-ever doorslammer to accomplish 200 mph. That was just the beginning, though.

The accolades stack high with Leonard and are nearly impossible to count. One account says that Sonny’s holds over 100 national and world records. This isn’t limited to land, either, as Sonny’s has been spotted making big power at sea as well. These records don’t account for all of the championships that have been won with Sonny’s under the hood, either.

At the end of the day, Leonard will be missed by many and will leave a legacy that is one that we should all look up to as it provides something that everyone can learn a little something from.

Today we are saddened at the loss of Sonny. Please keep his family, friends and employees in your prayers. He will truly be missed.

We will update with arrangements as we get them.