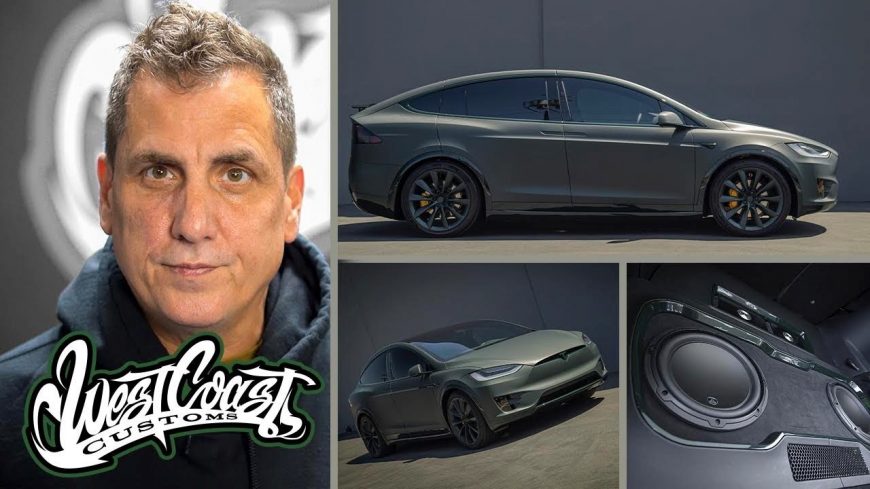 The folks over at West Coast Customs have been known to host some rather high-end clientele. This time, we catch up with one of the latest vehicle purchases of a legendary music producer that was delivered to WCC.

Mike Dean has been known for his work with all sorts of massive artists. Just to provide a small taste of his clientele, Dean has worked on projects with Travis Scott, The Weeknd, Kanye West & Jay-Z. Let’s just say that his discography is definitely that of music royalty.

Therefore, West Coast Customs was pleased to give him the treatment of royalty. When he brought his Tesla Model X into the shop, Dean wanted to do something a little bit different. He didn’t necessarily want to go crazy overboard. However, he had some very specific needs and also wanted his Tesla to stand out just a little bit.

On the outside, we find a couple of tasteful mods that give Tesla a bit different look. With a matte green finish and a couple of gloss accents, the SUV looks like none other on the road. Top it off with some Ferrari yellow brake calipers and this thing really begins to pop.

Inside, though, things go a little bit beyond the cosmetic work that we see outside. As Dean is a music producer, he wanted to be able to take a mix to his car and play it just like he would in the studio with similar quality. Therefore, just any old stereo system wouldn’t get the job done. Instead, West Coast decided to hook him up with an entirely custom system that will give Dean plenty of range so he can analyze his work.

By following along with the video below, we get to watch the entire process from the conceptualization all the way to the finished product. At the end of the day, we think that this is one awesome way to be rolling around in the streets.