The Legendary “Top Secret” Toyota Supra Takes on the Nürburgring 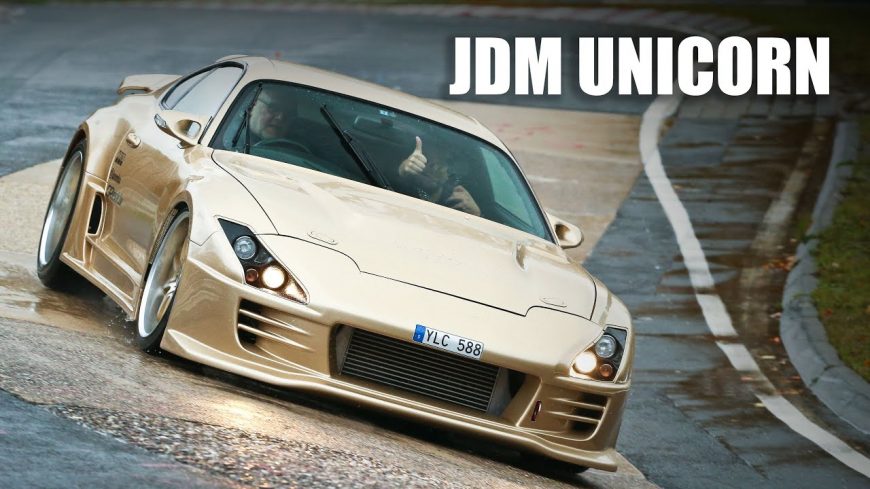 Back in the late 90s and early 2000s, car culture was vastly different than it is today.

Instead of the literal flood of videos that allow us to go inside of every single garage in the world, or so it seems, access was a little bit more limited. Instead, we only had bits and pieces of content. Those who went out in the streets and did things that might’ve skirted up against the law were incredibly popular. It was these pieces of content before the YouTube explosion that really defined what automotive content would become in many ways.

One car that we think a lot of people will remember is the Top Secret Toyota Supra. We think that a Supra boasting a v12 powerplant is enough to turn more than a couple of heads. After constantly getting into well-documented brushes with the law, it would quickly become a car culture icon.

All those years ago, we remember seeing the Toyota flying through the streets. Built by legendary Smokey Nagata, the founder of Top Secret, the car was one that inspired many to develop their sense of car culture.

All of these years later and the Top Secret Supra is still fully functional and running around the streets. In fact, not only is it functional but it’s still out there kicking ass and taking names. Recently, we have seen the car pop up more than just a couple of times on YouTube. This time, the challenge at hand is taking on one of the most diverse tracks in the world.

Those who know the Nürburgring know it best as a racing surface that can throw a variety of different challenges at a car and driver combination. Not only does a machine have to be top-tier in order to compete here. It also has have a driver behind the wheel who is more than competent. Without one or the other, we have certainly seen quite a number of cars thrown from the racing surface.

Below, childhood dreams are realized as we get to see the incredible dream machine round one of the most infamous tracks in racing.