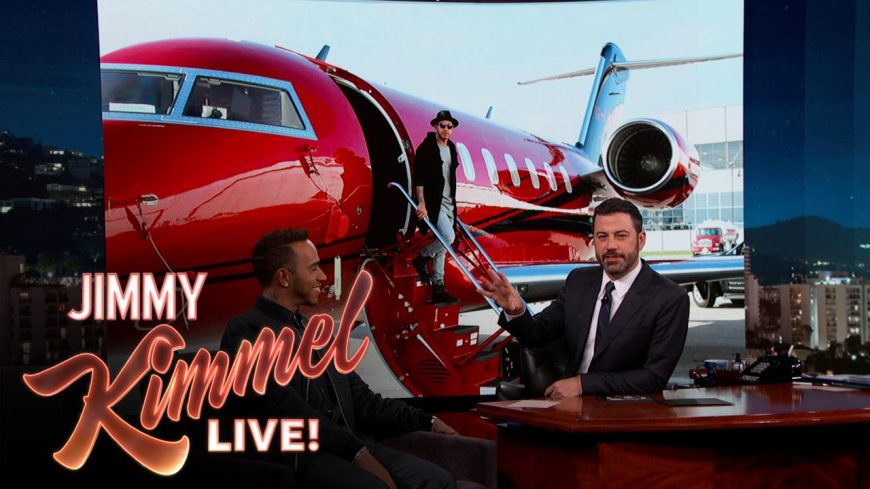 There aren’t too many people who can say that they’ve climbed the ladder to be one of the best in the world at whatever it is that they might find themselves doing. For an individual like Lewis Hamilton, though, that’s exactly what he can say about himself and the driving career that he has put together. After rising the ranks of Formula One, Hamilton has put only together not only a career that many would dream of but also the money that goes along with it. It leads one to wonder, in the scheme of celebrity culture, what exactly it is that he spends all that money on. After all, as a fellow gearhead, he has to have come up with something interesting. Right?

We haven’t a gotten an extensive breakdown exactly of how Hamilton likes to spend that driving money. However, one custom item in his collection stuck out to us. Now, for many of the super rich, having a private jet is a necessity. Not only does it give some privacy and save time but also makes traveling a lot easier. For most, picking out the best option for one is where it ends. However, after the fact, Hamilton had to take it another step further.

As it turns out, instead of just getting his own jet, Hamilton had to trick it out a little bit. In the interview below, we hear a bit about how exactly he decided to upgrade the plane. For starters, outside, it has a candy red paint job. This comes because Hamilton was tired of looking at all of the jets and their boring white paint jobs. To us, that boring white paint job sounds like a good problem to have. However, it’s not hard to get all googly-eyed over the airplane that he has put together.

« Tesla Autopilot Takes On Terrible Weather, Will It Still Work?