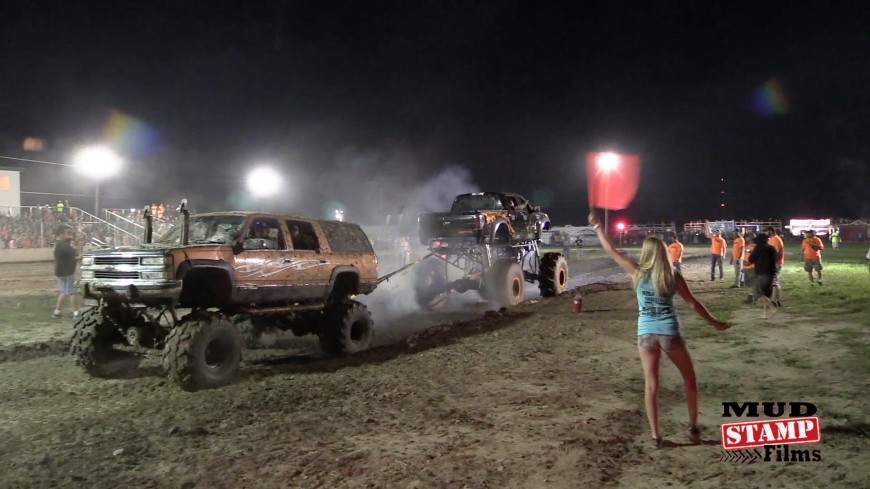 From the looks of things, both of these builds probably have a pretty good amount of money underneath of them, but that Ford Raptor body seems to promise something special.

This time, they both go head to head in a tug-of-war battle to see which of the trucks will reign supreme. Will it be the Chevrolet Suburban or the Raptor?

Both of these things scream to the moon and back, but at the end of the day, there is one clear winner to be had by a closeout victory.

Check out the video below to see which one of these trucks took home the win. It was a hard fought battle, but at the end of the day, only one was victorious and the other seems to have its fair share of excuses.

« Panama Canal Ship Crash!! That is One Tight Squeeze!