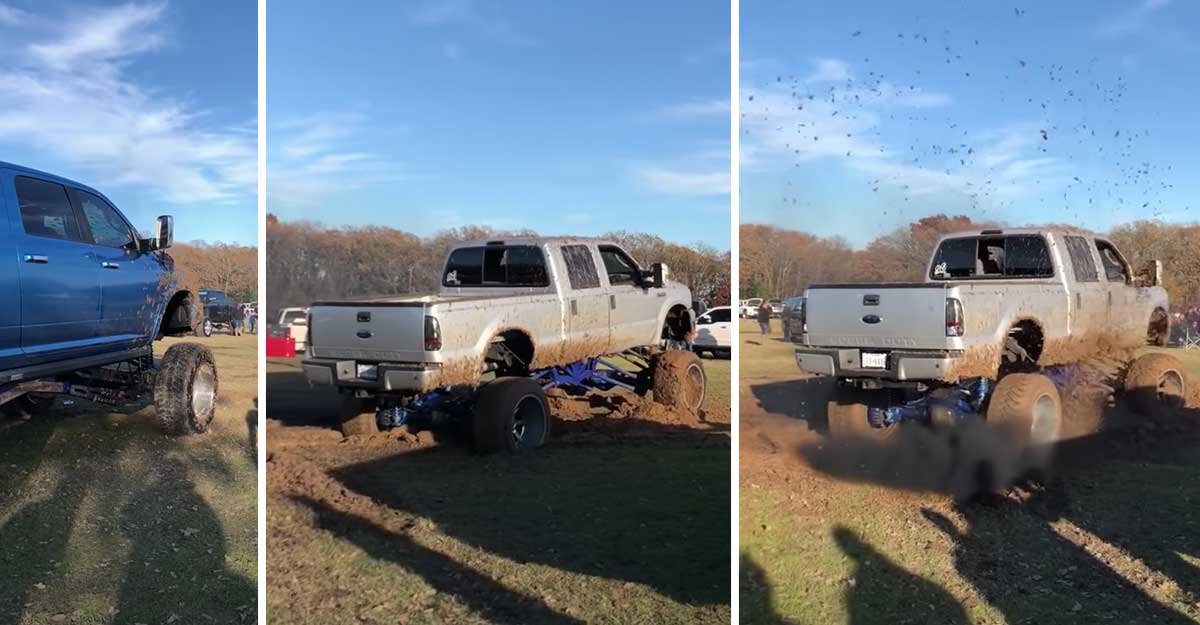 When we browse around the internet, we try very hard to remind ourselves that different people have different tastes. Even though it’s popular to make fun of certain things in the automotive community, we truly believe that everyone is entitled to their tastes.

On the other hand, though, there are certain situations where the memes just really make themselves. It’s definitely no secret that there are a lot of folks who go out of their way to make fun of lifted trucks that will never see the mud. Again, we have no gripes with these folks as we think that, if you think it looks cool, you should rock out with it. A lot of these trucks are pretty attention-grabbing.

However, spotting some of these trucks inadvertently being subjected to mud is actually kind of ironically funny. Naturally, a lift kit is designed to be able to help vehicles make it through rough terrain. However, for this particular truck at the Turkey Drag truck show back in 2018, that just wouldn’t be the case.

The Ford pickup wasn’t exactly subjected to insanely rough conditions. Instead, its driver would be left to deal with a muddy field. However, the curveball from mother nature would prove to be a little bit too much for the truck that appears to be hooked up with thousands of dollars in equipment designed to go off-roading. Throw in the fact that there doesn’t appear to be a front driveshaft, presumably due to the modification or cost associated with a custom one, and it’s really a formula for disaster.

Anyways, for those interested in seeing this crash and burn situation, the video below showcases the truck struggling for several minutes in the mud. If only they the driver had some way to throw this thing into the 4×4 that it was likely equipped with from the factory!