Just a couple few short weeks ago, we went live on Facebook to call up the winner of ...

Just a couple few short weeks ago, we went live on Facebook to call up the winner of our insane 850 horsepower C7R replica Corvette. Nichola Kriese was at his son’s wrestling match when the call came in, and much like most people who think something is too good to be true.

He admits that he had his reservations, as did his wife, who questioned the authenticity. However, after spending a weekend out here with us learning all about the car and the hard work the guys Vengeance Racing put into it, reality has certainly hit home that the badass C7R replica themed Vengeance build is indeed his.

Upon returning home to Arizona, Nicholas met up with Chris from the My Corvette Life channel so he could check out his new car. Chris, an avid Corvette fan, decided to feature Nicholas in his first “featured local ride” style project. The two met up at what appeared to be a Vette enthusiast meeting, where Nicholas tells Chris all about how he found out about the sweepstakes, how he entered, and how he found out that he won.

Chris then slid in some of our promotional footage of the car, including the legendary Justin Bell declaring the Vengeance build “the most outrageous Corvette I’v ever seen.” We then cut to the dyne session, where we found out just how much power the car made. Nicholas talks about how crazy his life has been as far as luck going his way, including winning a trip to Vegas, a couple of pumpkins, a few other lucky happenings, before capping of the year by winning the blazing yellow ‘Vette from us.

Finally, Chris sits down and goes over the list of modifications on the car, letting his viewers know just what all went into the build. Of course, most of you who visit the site regularly already know what lies under the hood thanks to the first Beyond the Build series, which followed the build from beginning to end. Thanks to Chris and Nicholas for all of the kind words, and be sure to click over to the store and get some merchandise so you too will have a chance at our current sweepstakes! 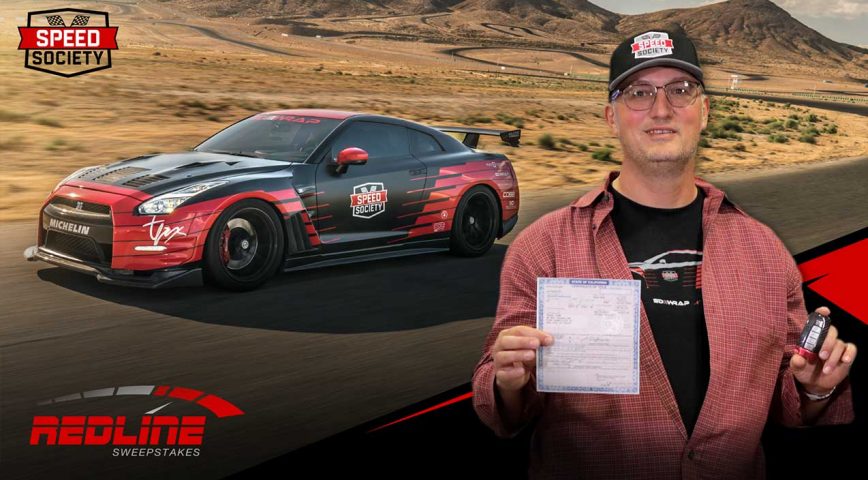