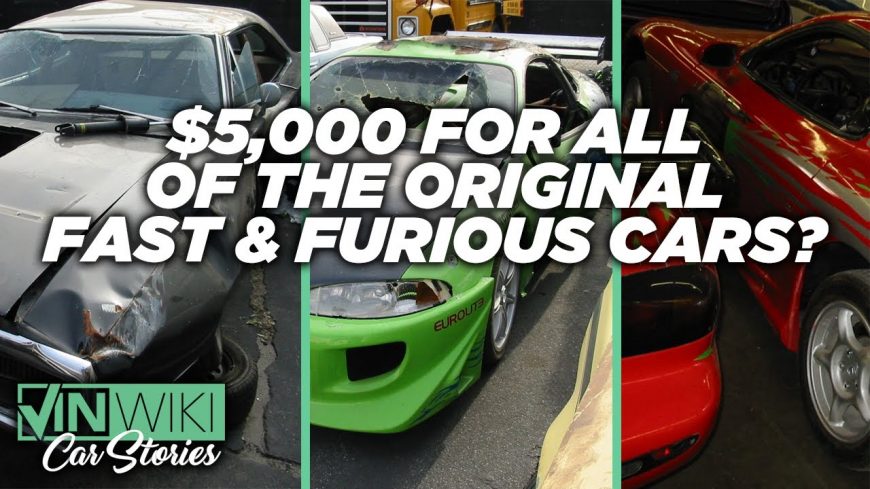 One thing that many have car fanatics have in common is one car movie that really speaks to them. For many of us here in the car community, that movie has to be the original The Fast and the Furious flick. Even with its memorable cheesiness, the film has found a way to cement itself in many of our lives.

With an important film like this, the memorabilia that goes alongside it is naturally going to come next. Some of us might have small diecast cars or maybe other pieces of merchandise from the film. However, the ultimate collectible item would be something that was actually used on screen. Even if it was destroyed, Having a car from the set would be the ultimate. Heck, maybe something destroyed would be even cooler as it Is linked to a scene in the movie for eternity.

This time, we meet with Travis Bell, the man who owns Celebrity Machines. Travis is also quite the lover of star cars, according to VINWiki.

This time, the VINWiki YouTube channel takes us along for a story with Bell as he ended up finding the Holy Grail. When Travis went on a mission to find a car, he wasn’t looking for Fast and Furious cars, in particular. While searching for a machine for another movie, he just so happened to stumble upon all sorts of fun relics from the film.

He tells us that he had the chance to purchase a plethora of beat-up movie cars for $5000. Travis recalls that these film car businesses want to make their money from the cars and move on from them. Otherwise, they end up taking up space. Therefore, this insane deal was actually doing them a favor as well.

Before long, though, that $5000 deal would fall apart as someone else would step in and block the transaction. Later on, Bell would discover some of these machines going for tens of thousands of dollars at auction.

Adding the likes of the Dodge Charger from the rollover scene and the Mitsubishi Eclipse that was shot and blown up would be pretty cool for a fan. This time, though, the opportunity to flip the cars quickly evaded Bell as he learned a valuable lesson about making deals like this.