Lotus Unveiled Most Powerful Production Car Ever, Near 2000 HP Hypercar 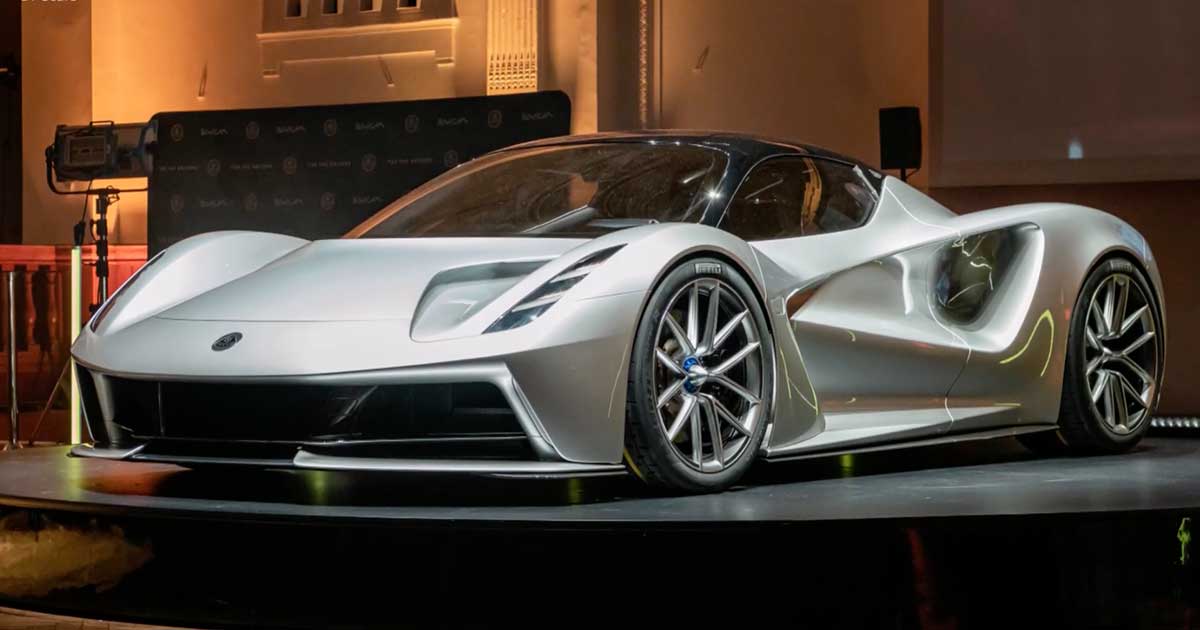 It seems as with each and every step that we take into the electric car market, that the “lame” stereotype is quickly fading. With Tesla leading the pack, we’ve seen some pretty stout performance coming from these things. In turn, this technology is beginning to get better and more efficient. This means that manufacturers are able to not only focus on things like mileage and charging ability. They’ll also be able to bring more power to the table.

With a company like Lotus that has never been known for massive power, this is quite a change of pace. The Lotus Evija is slated to produce 1,972 hp at the output shaft. That’s going to take some getting used to since we’re used to rating cars at the crank when we’re not talking about wheel horsepower.

Anyway, with all that mustard, the Evija will become the most powerful production car to ever exist. Still think that electric cars are lame? It’ll also charge back up in about 18 minutes once you run it out of juice from laying into the throttle.

Perhaps the days of the Lotus being the nimble and lightweight cars that skate by without much power are over. This thing is certainly a mind-boggling change of pace, to say the least. Not only is the car producing gobs upon gobs of horsepower. This thing is also going to be producing that power at the snap of the fingers. While a traditional combustion engine will perform better in certain conditions, an electric motor is a bit more consistent. Well, it’s actually a lot more consistent.

With the instant and consistent power delivery provided by such a motor, this thing might just snap necks. It’s going to be interesting to see how that power actually transfers to the ground as people start to get their hands on these things.

For those curious about getting one of the hypercars, you probably won’t. Just 130 of the cars will be made. The price tag rings in at $1.86 million. – DPCcars

« Madman Takes an SVT Raptor and Slaps a Pair of Tank Tracks on It!