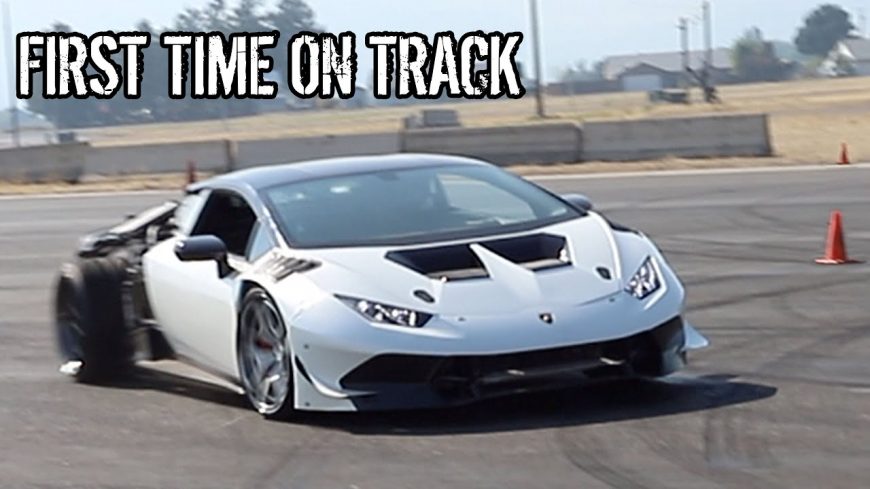 When it comes to engine swaps, there’s something to be said about being different. On the surface, a swap is difficult enough. Taking a foreign object and stuffing it into an entirely different car can definitely be a challenge. Sometimes, it can be tough to iron out all of the wrinkles, even with a build that has a clear roadmap that has been done before.

I don’t think you need to be an engineer to figure out that an LS Swapped Lamborghini Huracan isn’t such an easy combination to execute.

This time, we get to see the fruits of the labor for one heck of an ambitious creation. In a build that started with a Lamborghini that had caught on fire and smoldered to a crisp, it would eventually evolve to a viral sensation. For those who are new to the build from the B is for Build YouTube channel, they essentially decided to mash some America into the Italian supercar.

The Lamborghini, complete with a twin-turbo setup, has been through its trials and tribulations. Eventually, though, the car would make it so far as hitting the SEMA show! In this chapter, we find the car in another element entirely. It’s going to the track!

Aside from the first time that we can hear a project roar to life, we have to say that getting it in motion at the race track might be the second most pleasing thing that could happen after any long build sequence. In addition, it almost might be just as nerve-racking as we can’t help but hope that everything goes as according to plan!

By following along with the video below, we get to join in on this moment. While 2020 is a crazy year, we have to be a bit grateful that it allows us to ride along with epic moments like this!