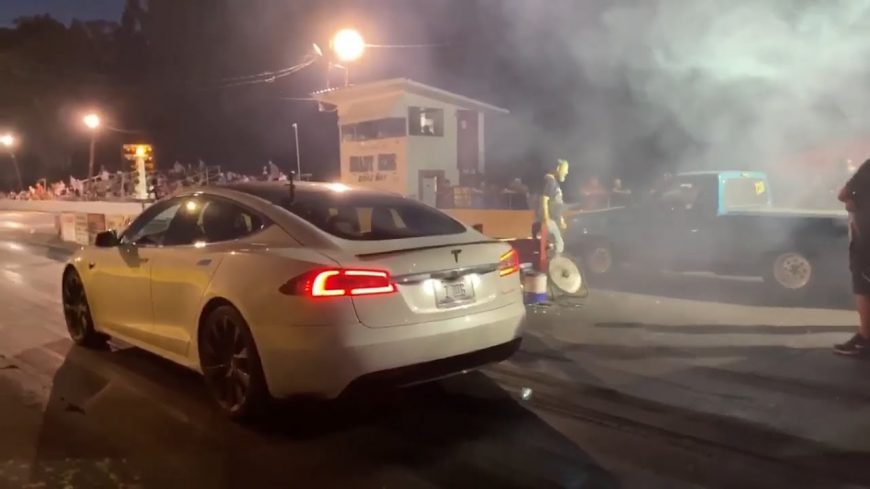 For those who have yet to be acquainted, in recent years, the no prep style of drag racing has really taken off. Essentially, the concept is that all of the glue and rubber on a drag strip that traditionally promotes traction is removed. Long story short, when this aspect of the racing surface is gone, things can be rather difficult for drivers.

Some cars are going to have a much bigger challenge of being able to stick and get out of the hole. With the first 60 feet of a drag race being the most important and most difficult to get horsepower down to the ground, things can get a little bit hectic out there.

However, while some cars are definitely going to struggle a little bit more with such a surface, others will stand to strive. In theory, something like a Tesla of just about any variety would have a decent advantage in at least one facet of the race. With these cars, it seems like just about any surface will do when it comes to getting traction. Because of the consistently delivered all-wheel-drive electric power, all that torque is constantly finding such traction.

Sure, some other cars out there might be faster. However, when these faster cars are spending all of their time spinning their tires on the starting line, a Tesla is going to have a pretty big head start. From there, a pretty interesting picture can be painted at the finish line as most of the time, we find that the combustion-powered machines are playing a game of catch up!

By following along with the video below, we check out a recent upload from the Tesla Racing Channel. Over the years, the channel has delivered us all sorts of interesting matchups. We might just be inclined to say this Ludicrous Tesla Model S Raven meeting the no prep could be one of our favorites!