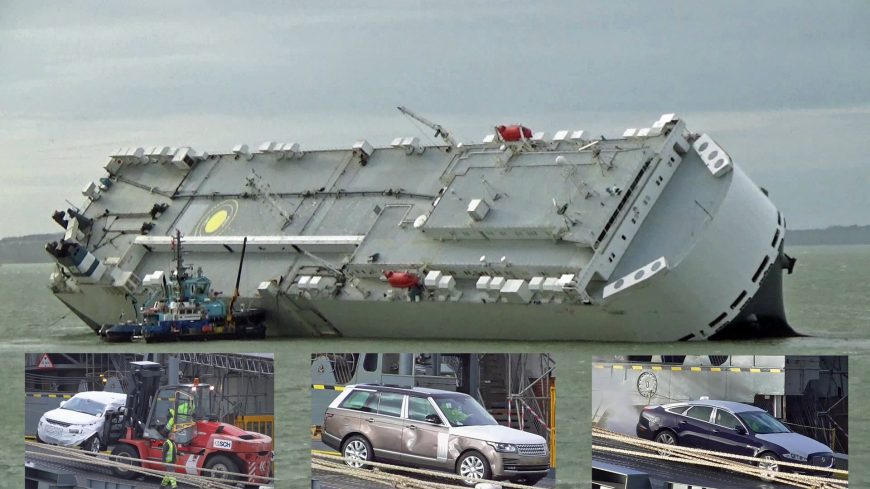 If you thought that working in transportation and moving around somebody else’s possessions was an easy job, one look at a situation like this might just make you get a headache to the point where you’d start to think about other professions that you could get your way into. While it might seem like you simply just load up the cargo and push down the throttle to get to where you need to go, the reality is a lot more complicated than that as things need to be a particular way in order to have success. Otherwise, there are lots of hazards that are lurking over the horizon that might come to bite you.

In fact, if you take a look at the ship that goes by the name of “Hoegh Osaka,” a massive vessel that, in this situation, was being used to transport cars, one simple error would cost what we presume to be hundreds of thousands of dollars if not more in damage. I bet that their insurance company wasn’t too happy with what was presented to them in the situation, that’s for sure.

It all started with what was said to be a cargo loading error as apparently, the crew didn’t balance out the load properly to the extent that it needed to be done. Therefore, it would all cause flooding and the ship would run aground on the Bramble Bank in the Solent, the strait that separates the Isle of Wight from the mainland of England, that would cause the ship to rock drastically to one side, sending its cargo running downhill.

The result would be tons of damaged cars and in the video below, you’ll be able to watch the scene as the crew attempts to remove all of these vehicles from the boat. It’s definitely not a pretty scene as all of the mangled machines make their way off of the ship but it might have been a learning experience, at least, even if it was an incredibly expensive one.