For those who get serious about racing, the tow rig is one of the best accessories. ...

For those who get serious about racing, the tow rig is one of the best accessories. Hundreds of thousands of dollars can be spent in buying the best of the best. It’s easy to drop six figures on a rig with lots of bells and whistles.

When the rig is combined with the trailer, the price tag scale can tip to more than a lot of peoples’ houses cost. This time, we check out Scott Bloomquist’s rig. When taking a look at the machine, we would venture to think that it came with such a premium price.

This creation is an incredible machine, to say the least. It brings forth all sorts of attractive design elements that would make somebody want to get on board. On top of that, it looks like the top of the line materials was used as well.

While taking a look at this thing, we might be inclined to think that the Batmobile was on board. From the outside, it looks like the bat cave has grown some wheels and made its way to the streets. Seriously, I wouldn’t be too shocked to see something like this in Gotham city!

Past it’s looks, the functionality really brings the toter to life. The video below showcases the internals that we wouldn’t mind living in. Heck, we’d consider moving in, even if it were for a long period of time. To top it off, the trailer that is fit for a king as well! This thing will have Scott ready to store and work on whatever it is that he needs to get moved. In this case, we would think it’ll be used for a lot of dirt track racing. Turnkey Industries

Follow along in the video below as this tow rig is nothing short of a demonic set of wheels that will make you want to see more. If you’re into racing and want to intimidate everyone before you even get into the gates, getting behind the wheel of something like this might be the way to do just that. After checking out this thing for yourself, be sure to tell us what you think of this very dark machine that has people all over Facebook completely drooling over its presence. 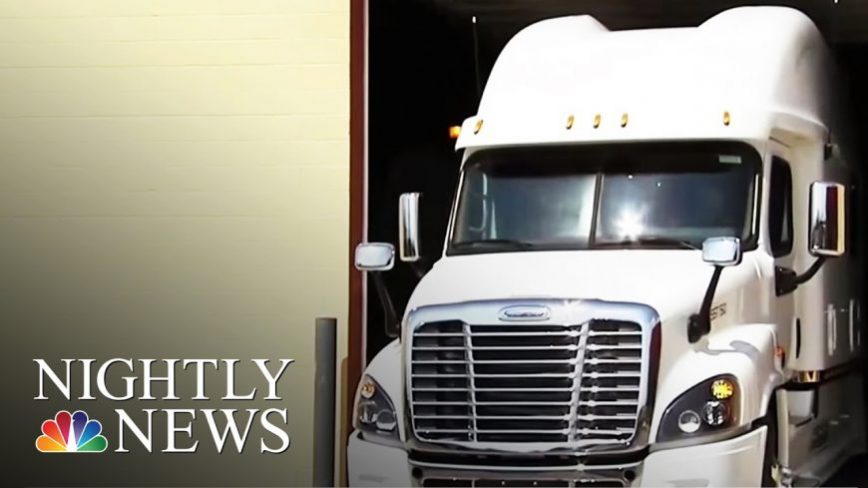