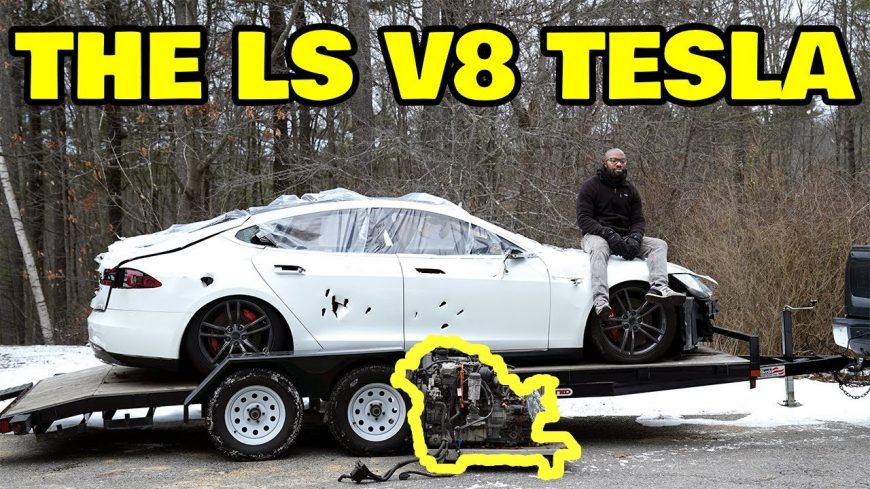 Ever since the LS engine really became popular, starting with the Corvette back in 1997, it has been shoehorned into just about everything. Those interested in the automotive performance community have likely seen a plethora of LS swaps. Just about every vehicle that one could possibly imagine has received one of these engines. Some of the vehicles that have been LS swapped don’t even have wheels on them! Instead, we even find this engine in the likes of boats and planes.

It’s kind of a little bit strange to say but the LS swap is kind of pushing its way toward becoming a thing of the past. It’s pretty inevitable that one day, the craze will end. As of right now, the swap is still going strong but there are a couple of options out there that are poised to maybe act as potential suitors as the new popular swap craze.

One of the options on the horizon that not too many would’ve expected just a couple of years ago is the Tesla swap. Instead of adding a growling V8 to the equation, the swap will add a lot of power but it’ll be electric power. With that, there are naturally a wide variety of benefits.

This time, however, we check out a swap that’s giving the LS a shot at replacing the motor that looks like it might just be the future of the vehicle.

Rich Rebuilds might be one of the best-known Tesla-based YouTube creators and mechanics. This time, though, he shows us a little bit of his combustion-powered side. As it turns out, Rich was a pretty big gearhead before Tesla was even a thing. Therefore, with his next act, he will be shoehorning an LS engine into a Tesla.

Because of the complicated nature behind modifying one of these cars and all of the extensive work that it would take in order to fit anything other than Tesla power under the hood, nobody has tried out such a swap, says Rich. However, we’re truly excited to see the first of its kind come together. If the swaps are as complicated as Rich says, this one might also be the last of its kind as well.