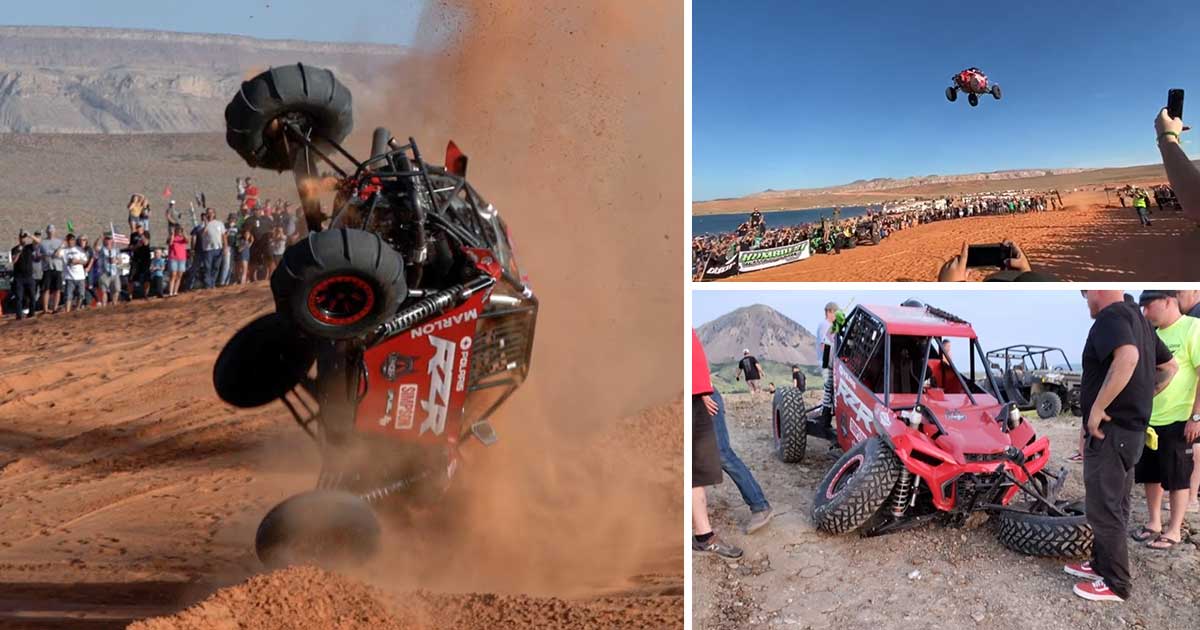 We get it. “Send it” is really an overused term these days. However, this might just be the one example that really gives that concept a new definition.

This time, we check in with an individual who goes by the name of Al McBeth. While behind the wheel of a Polaris RZR, McBeth really decided that he wanted to push the limits on one given day. In this video featured below, we watch as he goes all throttle. Instead of figuring out where the appropriate speed would be to land on the other side, it really looks like McBeth just sends it at full throttle. With that, the driver goes flying over the span, definitely clearing the gap but maybe by just a little bit too much.

By following along with the video below, we get to see exactly what that looks like as this four-wheeled machine quickly leaves the ground and becomes an airplane for the moment. When all is said and done, the crash does look pretty gnarly as the RZR comes down rather hard. That’s kind of what happens when you miss a ramp. However, thankfully, McBeth was able to walk away from this incident to ride again! We aren’t sure that this is exactly what he intended for but at the end of it all, it makes one heck of a story and an awesome video to break out at parties.

« Tony Stewart Has An Extreme Collection Of… What?