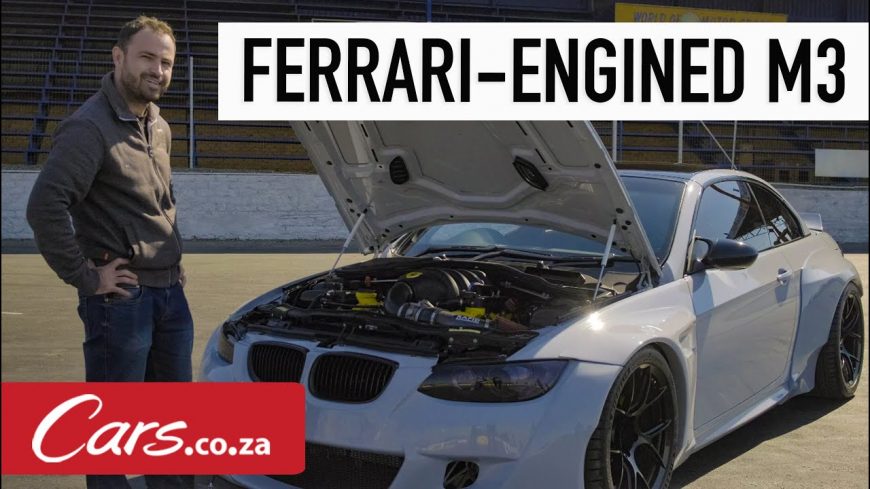 One of the exciting things about the car community that we can’t help but love is the wow factor provided by some builds. When walking up to a vehicle at a car show and being totally caught off guard from what’s under the hood, it can put our senses on edge.

For example, if we walked up to something like this BMW M3 and a car me, most of the time, it’s going to have a stock engine. If we get lucky, maybe the car will have a common swap like the LS under the hood. However, if we were to catch sight of a Ferrari emblem, we would probably, at first, wonder who’s sticking Ferrari badges under the hood of their BMW.

This particular car, though, isn’t a product of an owner who got a little bit badge happy on eBay. Instead, when the M3 went through some mechanical troubles, the engine had to be replaced. Instead of being price gouged with the original power plant, the owner decided to take a different route and try out something different.

As you might’ve guessed by now, the direction that he would decide to go headed away from Germany and toward Italy.

BMW purists might want to turn away. However, just about everybody else would probably find that this is a pretty cool way to mix up what we would typically expect from such a build.

We can’t help but appreciate the ingenuity here as it definitely had to take a little bit of know-how in order to get something like this done. Don’t get us wrong, typical engine swaps can be difficult. However, creating an entirely new roadmap for yourself is something that’s really going to take a massive undertaking to be able to accomplish.

By following along with the video below, we get to approach this car and get an overview of it, seeing what it’s made of, inside and out. When it comes to machines that we definitely don’t see every day, this one has all of the bases covered.