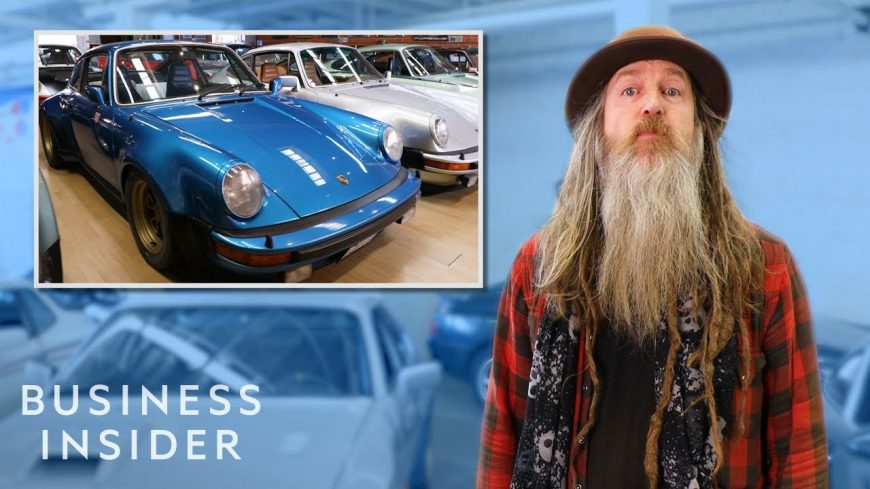 Over the years, Magnus Walker has put together quite a reputation. At one point, he was most widely known as a fashion designer. Even these days, that’s probably what he is best known for. His clothing had been donned by some of the biggest names in entertainment including Madonna, Alice Cooper, and Bruce Willis.

However, in another corner of the world, Walker is known better for his collection of cars. In fact, the legend might just be one of the most highly regarded Porsche collectors in the entire world. This collection is worth millions of dollars and features some pieces that Porsche enthusiasts are sure to love.

When all is said and done, the collection is said to be worth $7.5 million. Even for expensive cars like those that sport the Porsche nameplate, that’s quite a couple of machines. At this point, it is believed that he holds 25 Porsches in his collection. For those who don’t have a calculator handy, that means that each is worth an average of $300,000. That’s quite a bit more expensive than the average American home.

This time, the folks over at Business Insider met up with Walker to check out the collection. More specifically, they took the time to focus on the top half of the collection. In this one, we check out the 10 rarest Porsches in Walker’s well-manicured garage. This is a collection of cars that any gearhead is sure to drool over, including us!

By following along with the video below, we’re able to take a walk through the years. Some of these Porsches are a little bit newer but others certainly have that nostalgic touch that really makes them something special. The way that some of these cars have survived over time really makes them something worth looking at. Try not to get too excited, though, because they’re not for sale!