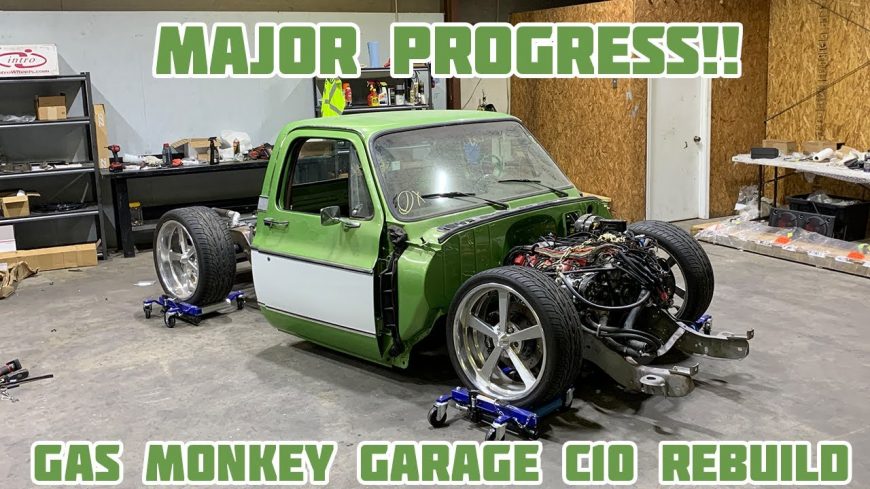 These days, with custom shops all over the place, there are a couple that really stand out from the pack. As Gas Monkey Garage had risen to the top with the help of a reality show on the Discovery Channel, many of its builds have become rather viral over the past couple of years.

This time, we check in with one of the builds that didn’t end so well. While many Gas Monkey builds grace showrooms across the world, others have been driven rather poorly. In this case, we aren’t sure if the Chevrolet C10 was wrecked by a member of the Gas Monkey crew or not. Long story short, though, it ended up in a salvage yard, waiting for a new owner, Alex Rebuilds.

The damage on the truck looked to be pretty extensive. However, it wasn’t too extensive to the point where it would be unreasonable to repair. In turn, the truck hadn’t sat too long in the yard. Therefore, mother nature didn’t have a chance to get to it with an expanse of rust. With the popularity of the show, we’re sure that this thing didn’t last very long before someone wanted to get their hands on it.

Down in the video below, we get the opportunity to join in with the wrecked 1976 C10. As it turns out, this one isn’t going to be parted out or just left to rot. Instead, the owner is in the middle of an intense rebuild of the truck to bring it back to its former glory. The machine was once a monster and this time, we watch as it takes the steps necessary to retain that respect once again. The journey has been sure to throw a couple of curveballs in the direction of the build. It all seems to be more than worth it in the long haul, though!

« This F-16 Fighter Jet Almost Seems as if it Defies Gravity, Flexing Skills After a “Touch-and-Go”