Man Caught Breaking Into Car By Owner, They Trapped Him Inside!

by Jesse Kleib | April 2, 2019
Car thiefCaught In The Actstolen car

Man Caught Breaking Into Car By Owner, They Trapped Him Inside!

Having your stuff stolen isn’t a good feeling. Just having the idea in ...

Having your stuff stolen isn’t a good feeling. Just having the idea in one’s head that someone is rooting around in their vehicle can really feel kind of gross. There’s some sort of helplessness that goes along with being robbed that is an incredibly bad place to be. However, if there’s one way to really remedy the feeling of having one’s car broken into, we think that this guy might’ve found it. As it turns out, right in the middle of a thief at his worst, the individual who owned the car in question would act fast. This is where things got a little bit interesting.

Now, for many people, they would probably argue that this would be the time for good old-fashioned physical confrontation. However, these guys really seemed to stay calm. In fact, they decided to keep the crook locked inside of the car while they waited for proper law-enforcement to arrive on scene. Said scene was actually pretty crazy as the guy inside of the car kept on going through the owner’s possessions. All of this was when he knew that he’d already been caught. It ended up creating quite the awkward situation that’s actually a lot of fun to watch. Sometimes, we just can’t help but wonder what exactly is going through some peoples’ heads.

By following along with the clip below, we see what exactly happens when somebody stumbles upon an individual going through their belongings. We think that this guy did a good job of maintaining his composure in a situation where nobody would’ve blamed him for absolutely freaking out. At the end of the day, it does look like justice was served. It kind of brings a smile to the face to know that one more bad guy was put in his place.

Is This for Real!? Stealing Gas Prank Gone Nuts!! 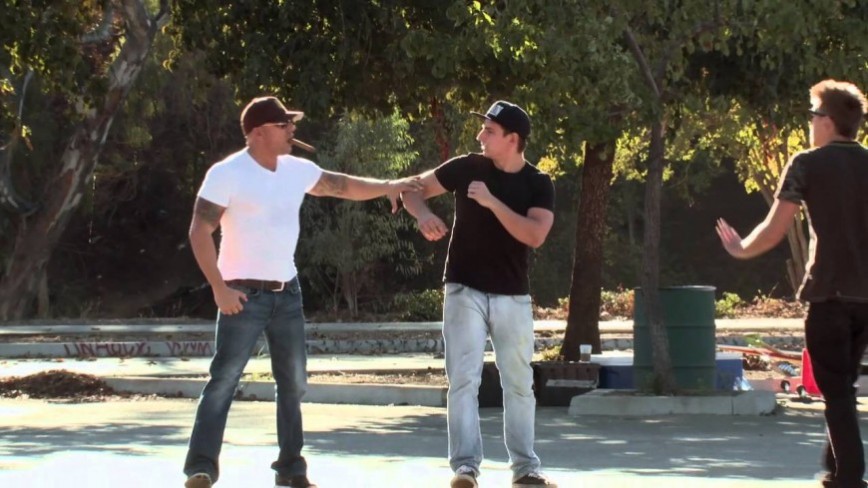