Man Gives up Corporate Job, Living in Toyota Tacoma for Years, Refuses to Move Out 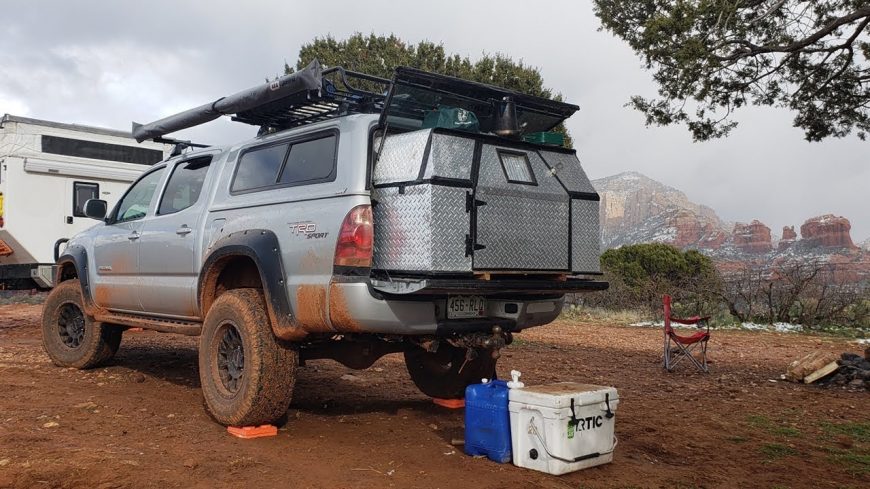 There has been a recurring sentiment among those who have sold their homes and hit the road. For many people who have managed to tackle this tough endeavor, they say that we generally hold onto a lot more than we need. Obviously, when making one’s way around the country in a camper or some type of recreational vehicle, a lot of things have to be left behind. When a person is left to get down to their resourcefulness, they might learn something new about themselves.

This is the exact case for a white-collar worker who decided that he was ready to give it up. Corporate America might’ve been paying him well. He says that it certainly wasn’t something that he was all that interested in, though. After all, we only have so many years to live. Wasting away with something that doesn’t satisfy the soul isn’t an option!

Therefore, he decided to ditch corporate America and quit his job. He would then do the most unlikely of maneuvers as he would move into his Toyota Tacoma.

The truck would be outfitted to live in. From there, his plan would dictate that he would live in the bed of the truck for a year to see how things went. However, as that year quickly came and went, eventually, he decided to move in permanently. Since then, it has been four years and he simply refuses to give up the lifestyle.

By following along with the video below, we get to see the living quarters that could make somebody want to give up their home and go mobile. It may seem like living in a midsize pickup truck could prove to be rather difficult. However, with a couple of touches of creativity, this man really has figured out life on the road.