As we are inundated with all sorts of content on a regular basis, it can be hard to ...

As we are inundated with all sorts of content on a regular basis, it can be hard to really sit down and process what it is that we’ve seen. After all, there is an entire library filled with apps on just about any cell phone that could open up the portal to pretty much endless content. It’s not all that realistic that we’re going to sit down and wonder what happened to that one person from that viral video years ago.

This time, though, while scrolling through the good old newsfeed, we stumbled across this gem that we just couldn’t help but dig into.

Back in 2015, a terrifying video would go insanely viral that showcased a man behind the wheel of his Ford Mustang. The video would start out with the dash cammer simply making a commute to work. However, things would quickly turn scary.

As this driver was making his way down the highway, he would suddenly pass out behind the wheel. This would leave the driver at the liberty of momentum as the car pushed forward without a conscious person behind the wheel. To make matters worse, gravity and a pair of heavy work boots dictated that the unconscious driver’s foot would pin the throttle to the floor.

Luckily, the car would stay out of harm’s way and end up drifting into a field where it would be placed perfectly to avoid hitting a pole or heading into oncoming traffic. However, we were left with more questions than answers, fully expecting to never get the story behind the situation.

When the solution to these questions that we had completely forgotten about popped up in the feed, we couldn’t click fast enough.

This time, we check in with a viral video from YouTube uploader, Paul 70stastic that has resurfaced. In the video, he explains the circumstances that day that caused this avid dashcam user to make his way from the road and into a field. He also gives us the rundown of how he has handled the situation, noting that he actually managed to restore the car in question.

NEW Recall Might be One of the Scariest in Ford's History 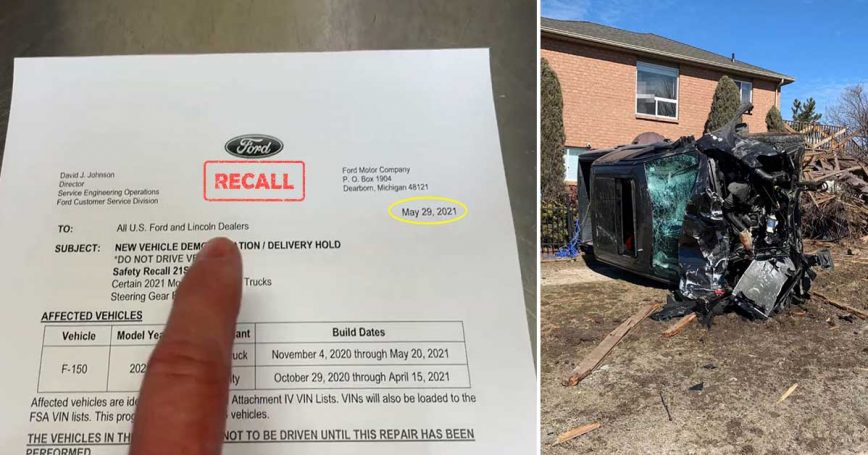