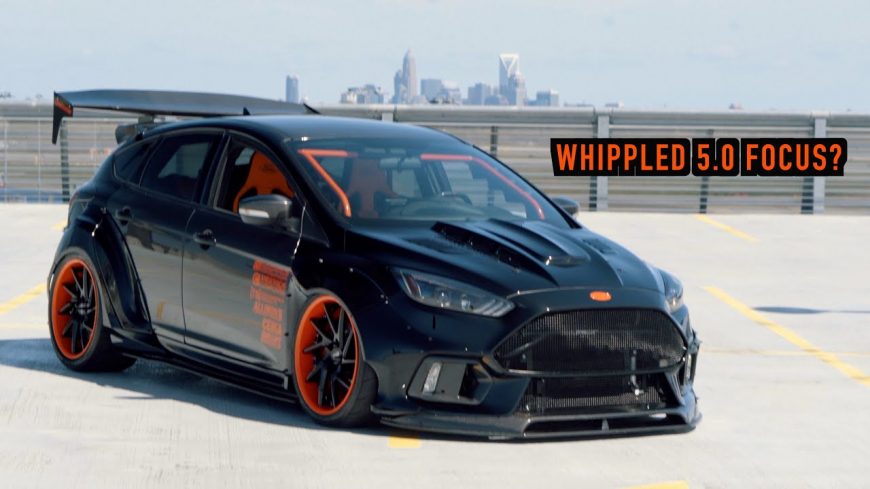 If we were to tell you that somebody strapped a 3.0 L Whipple supercharger to a Ford Mustang and it was cranking out 700 hp, it’s probably a build that would impress most. 700 hp is certainly nothing to sneeze at, especially with the screaming whine of a supercharger.

What if we told you, though, that someone took a combination of a Coyote 5.0L V8 along with a Whipple supercharger and stuffed them into something else entirely> What if the car was a little bit more of a sleeper and something that weighed substantially less than the Mustang that it came in?

This time, we run into just that car and we can’t help it absorb every single detail as this machine is definitely one that is built to turn heads.

As you’ve probably noticed by now, we’re talking, of course, about a Ford Focus ST.

While the ST is a sporty model of the Focus with a little bit more power, we aren’t sure that Ford ever thought that one would end up like this. Instead of the original power plant under the hood, this thing has inherited the blood of its older brother with the help of a 5.0 L Coyote and the aforementioned 3.0 L Whipple unit placed on top that results in 700 hp.

This time, we get the opportunity to take a guided tour of this car that brings every last detail to life. It’s built like this that definitely helps us to expect the unexpected because honestly, we had to look at this thing for quite a while before we could even figure out if it was real life or not.

Upon approaching the title of the video below, it was definitely something to do a double-take on to make sure my brain wasn’t playing tricks but lo and behold, it’s very much the real deal!