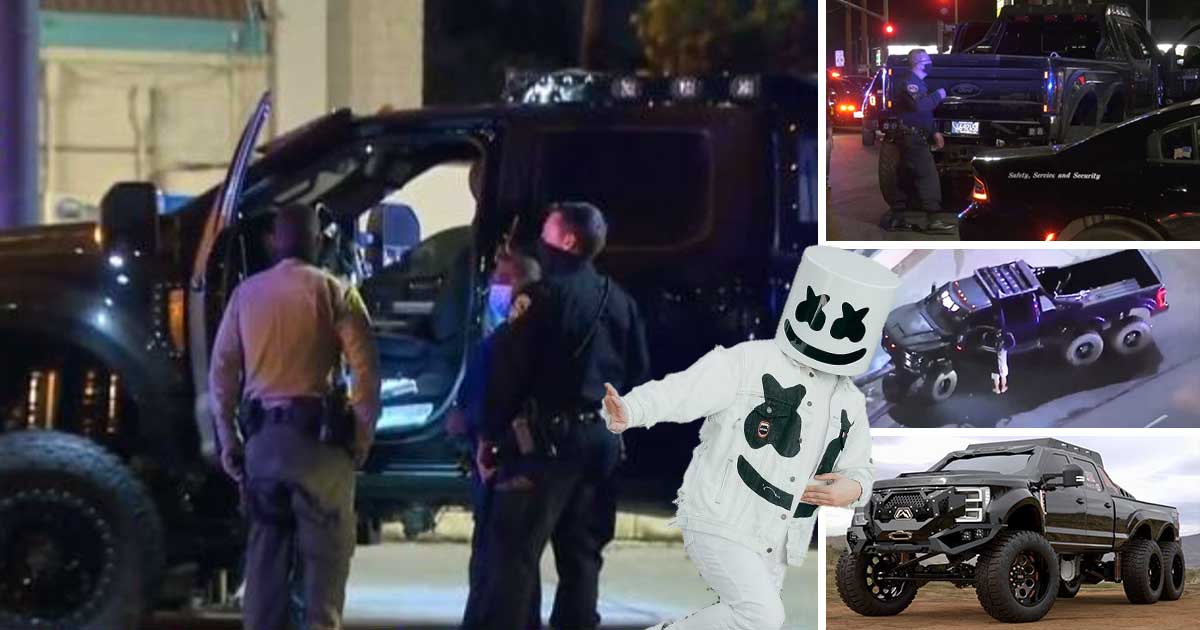 Listen. We aren’t necessarily condoning anybody stealing a vehicle. However, we would think that it’s on the very first page of the criminal handbook to not steal something that’s going to bring attention to yourself. Apparently, whoever decided it would be a good idea to engage in this particular crime didn’t really consider that.

Instead of remaining low-key, the person behind this endeavor would happen behind the wheel of a one-of-a-kind creation that sticks out like a sore thumb. The custom diesel pickup created by the Diesel Brothers doesn’t look like very much like any of what we see on the street. Instead of just being another black pickup truck, the ride adds an additional axle, making the truck a 6X6. In addition, the truck is riding high and has all sorts of different body panels, a roll bar, and all kinds of lights.

Needless to say, this is definitely going to be a rig that draws a little bit of attention.

To really put a cherry on this sundae, the vehicle is also believed to be owned by a high profile celebrity. Marshmello, the celebrity DJ is the one that investigators believe is the owner of the truck. However, that didn’t stop this thief from taking police on a wild joyride through the San Fernando Valley before putting the truck into a pole.

Stealing the truck is one thing. Perhaps the thief thought they would get away under the cover of night. However, trying to escape in a high-speed chase with something this massive is just an uphill battle that very few would ever be able to win. Unless this guy had a helicopter planted somewhere to carry him away, he wasn’t going to sneak away from the tail driving around in a monster truck.

#Pursuit of a Hennessy Velociraptor truck ends with a crash into a light pole. Driver now in custody wanted for DUI and reckless driving. #KCAL9 News at 9. pic.twitter.com/Wqa9hSX2Rh

Luckily, it doesn’t look like anybody was injured in the incident. However, we have to say that that Velociraptor took quite a lick. It might be a big and heavy off-road machine. However, there aren’t too many road vehicles that are going to survive slamming straight into a pole as this truck did.