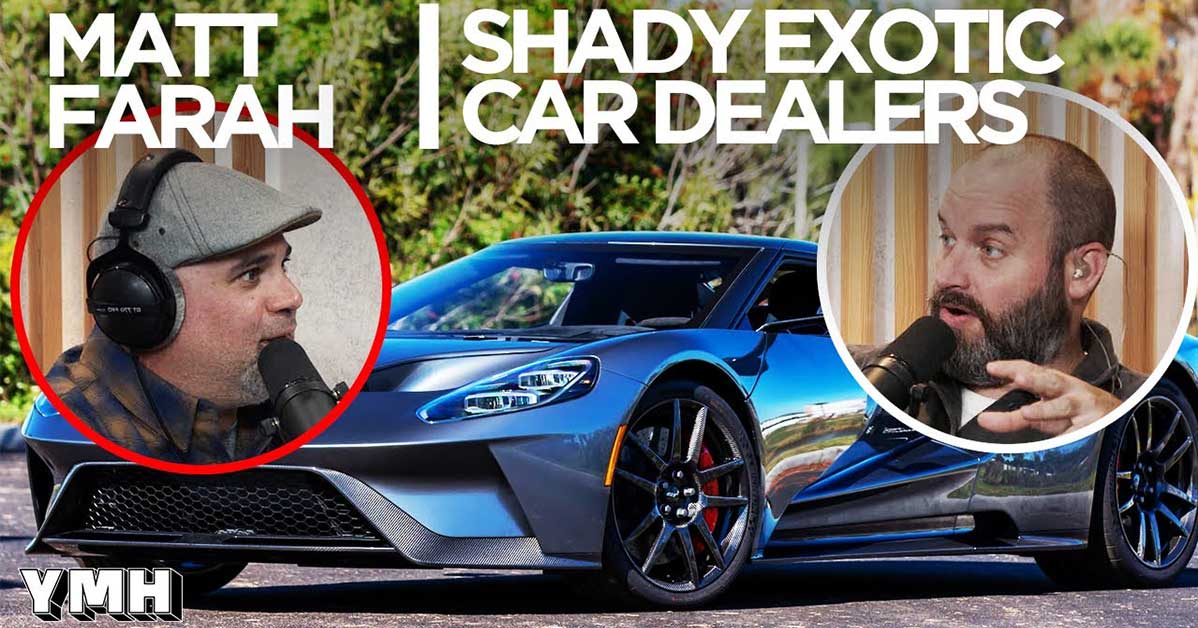 Sometimes, things might not be exactly as they seem. In fact, entire industries have gotten a bad reputation just because people within them have had to go outside the box a little bit and do things in a way that might be a little bit unconventional or perhaps put buyers in a spot where they don’t quite understand what they are getting themselves into. In other words, some folks have really earned that bad reputation.

It’s incredibly hard to take every single member of a single industry and put them into the same category. However, let’s just say that there’s a reason why stereotypes exist and we can leave it at that.

This time, we check in with a podcast featuring Tom Segura and Matt Farah as they dive into the story behind the exotic car rental industry. At one point in the podcast, Segura brings up a time that he rented an exotic car. When running the numbers in his head, Tom had deduced that the rates at which the car was rented would make it pretty hard for the owner of the business to make a profit.

Naturally, a business without a profit isn’t a business at all. Therefore, there had to be some sort of underlying angle that this exotic car rental shop was coming from in order to put a little bit of money in their pockets. They aren’t doing this for free, after all.

Down in the video below, we learn a little bit about this industry that makes it unlike a lot of others. In addition to learning about the ins and outs of how the business works, some people who are thinking about renting an exotic might even get an opportunity to defend themselves with information that could really come in handy one day.