How the Mclaren Elva Keeps Occupants Comfortable With no Windshield

How the Mclaren Elva Keeps Occupants Comfortable With no Windshield

When it comes to the mainstream McLaren models, these things are pretty intense. In ...

When it comes to the mainstream McLaren models, these things are pretty intense. In the grand scheme of things, though, the company has to dial them back a bit. As these models have been designed for mass distribution, they can’t always include every impractical component that the company has come up with. This means lots of cool designs could be left on the table.

This was always one of the things that we couldn’t stand about concept cars. We would see some awesome components featured in the cars. However, because of logistics and expense, they didn’t always make it to the finished model.

However, with companies like McLaren, it seems like they save these interesting features for their limited-run models. The company knows that some of these cars are going to encompass features that a lot of the general public isn’t going to want. However, because there is a limited market that’s willing to pay a lot more for these unique features, McLaren is still able to make these cars on a limited basis and still have it be worth their effort.

One of these limited production McLarens that really caught our eye is the Elva. The car almost looks like a Hot Wheels toy. So, what is it that makes this car so special? If we ask McLaren, they tell us that the concept was designed for the “Pure pleasure and exhilaration of driving.”

Essentially, it’s described as being stripped of everything else. As it turns out, that includes the windshield. Imagine having to design a car and not being able to use a windshield. Naturally, this would create a challenge. After all, they couldn’t just have all of the wind slapping the driver in the face. Not only does that sound like a brutal ride that nobody wants to take. It also creates a dangerous driving situation

By following along with the video below, we check out the technology put in place to make this vehicle comfortable to drive. McLaren used there engineering ability to create aerodynamics that redirects the air over the driver’s head in normal driving conditions. When the car gets up to higher speeds, a motorized gurney pops up in order to help the effort.

Learn all about how a windshield-less car is possible in the video down below! 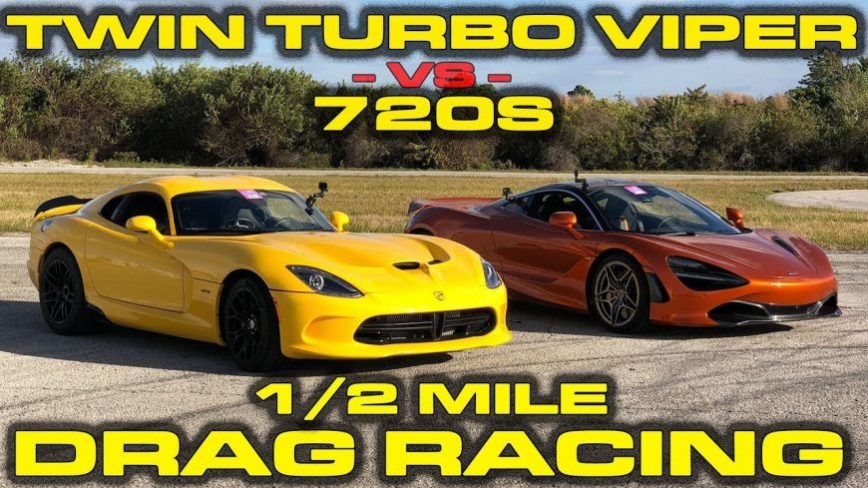