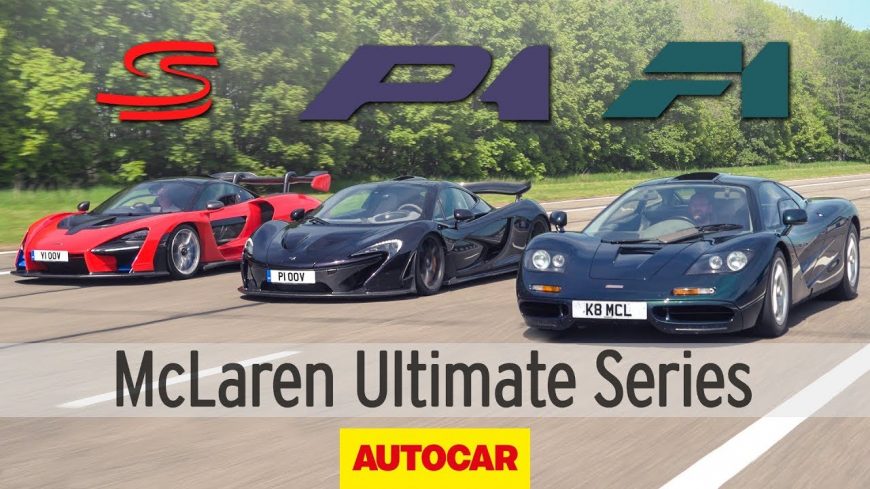 If we’re all being honest with ourselves, McLaren makes some amazing automobiles. From looks to performance and everything in between, the company really hits the high notes. With each and every release, enthusiasts seem to be enthralled with what it is that they’re seeing. As engineers are hard at work, every product seems to get better and better. On paper, each one gets better than the last, it seems.

In reality, though, are the cars getting better? Some of the machines like the McLaren F1 or P1 seem to be pretty hard to beat. After all, there is a reason why it’s tough to get one’s hands on the F1 for anything less than $20 million. When they give it all that they have, McLaren might just find it difficult to be able to top themselves. Just because it’s difficult, though, doesn’t mean that it can’t be done!

This time, we check out a little bit of a comparison that takes the time to dig into some of McLaren‘s top offerings. The McLaren F1, McLaren P1, and McLaren Senna might just be some of the most sought after cars in the world. For he or she who has the choice between them, though, which way should the go? Having to pick between the trio certainly sounds like a pretty good problem to have.

By following along in the video below, we get to see some of the best things about some of the most iconic cars on Earth. Which one is going to lay it all out on the table to take home all the marbles? We’re certainly going to have a ton of fun trying to find out. After watching this one, we feel like it might be a harder decision than it looks like.

Which one of these machines would you want to add to your garage?

« 1800hp Twin Turbo Viper So Clean You Could Eat Off It