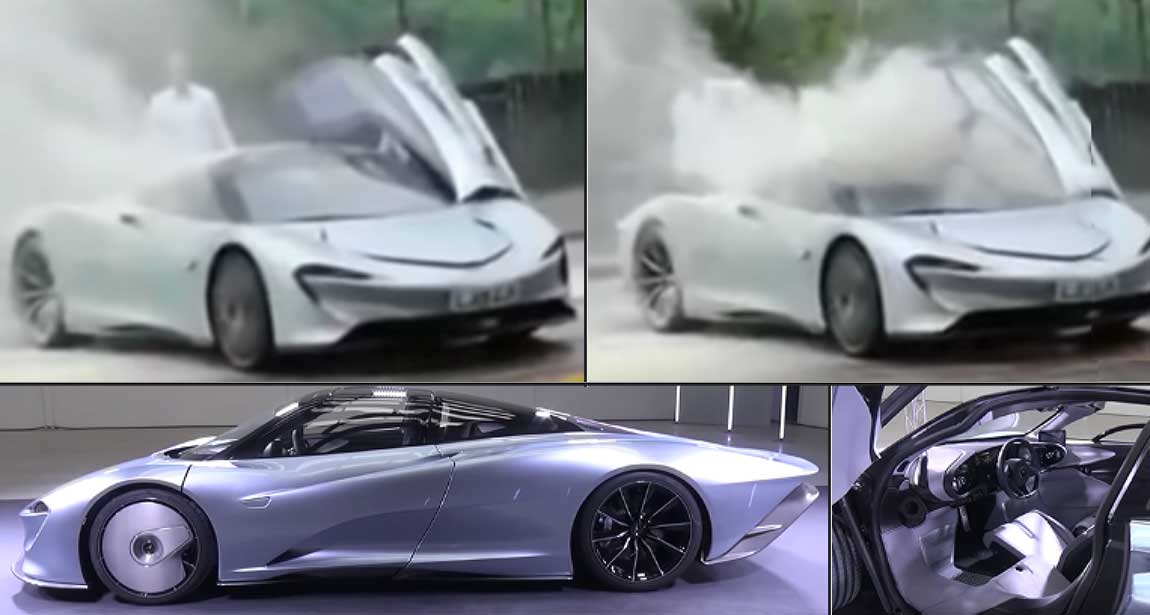 Just 106 examples of the limited production McLaren Speedtail are set to make their way to lucky customers. From a recent YouTube video, it looks like the manufacturer has a bit of work to do. Hopefully, it’s not a major issue because the hypercar is slated to drop at the beginning of next year. Every car is going to have some kinks to work out. McLaren seems to have found something that definitely needs some ironing out. It’s best that they’ve found it sooner rather than later!

Via a post on Facebook, it does appear as if the fire was contained before the entire car burnt to the ground. Luckily, nobody was injured in the incident.

“A prototype version of the McLaren Speedtail experienced what we believe at this stage to be an electrical fault, whilst stationary at a fuel station near Guildford in Surrey, UK. As a precautionary measure, having seen a small amount of smoke emanating from the vehicle, McLaren employees moved the car away from the fuel pumps and discharged dry powder extinguishers over the rear of the car. The prototype was subsequently recovered to McLaren premises.

Nobody was injured as a result of this incident and investigations into the cause of the issue have commenced.” -Roger Ormisher, Head of Global and North American Communications for McLaren to Motor1

While this is certainly a setback, perhaps the greater overarching story here is that nobody got hurt. After all, fire and gas stations don’t mix too well. The fact that the car was able to be removed from in front of the gas pump and not cause an explosion is quite the bright spot.

As fans of amazing cars in general, we have to say that we are rooting for McLaren. Hopefully, this is just a small speed bump on the road to releasing the ultimate machine.

« Drunk Hit and Run Driver Gets Chased by a Caravan and Stopped!