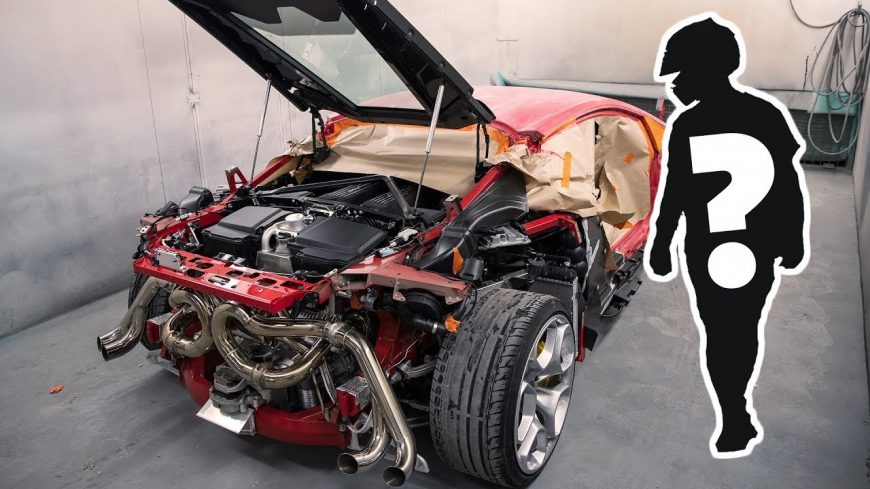 Seems like the crew over at Red Bull really knows how to put together a viral marketing campaign. With a heavy emphasis on the extreme sports world, these guys are going above and beyond to put on some of the biggest shows on wheels, boards, just about anything else that can go fast.

In the “on wheels” section of things, they have built up quite a reputation. In fact, they sponsor one of the most popular drifters in the world. He goes by the name of “Mad Mike.”

Previously, Mike was most popular for his Mazda RX-8 known as “Badbul” but it seems as if he has moved to greener pastures. With the most recent build, the crew decided to go a little bit more extreme. In the name of breaking the internet, we’re sure, the guys took apart a brand-new Lamborghini in order to make it a maniacal drifting machine. This was nothing short of a ride that set the web ablaze. Half of the people who laid eyes on this thing thought it was awesome. The other half, well, they might’ve been just a little bit ticked off that a Lamborghini was cut up. The following conversation was a sort of verbal slugfest in the comments.

Down in the video below, we get the opportunity to meet the man behind it. If you ask us, this is the sort of ingenuity that keeps the automotive industry interesting. After all, if everything stayed in one piece, we would have a bunch of cars that were the same. Instead, this crazy crew decided to go off the wall. What they ended up coming up with was nothing short of amazing. In this one, we hear all about how to build came together along with getting a history of one of the most popular drifters to ever do it.