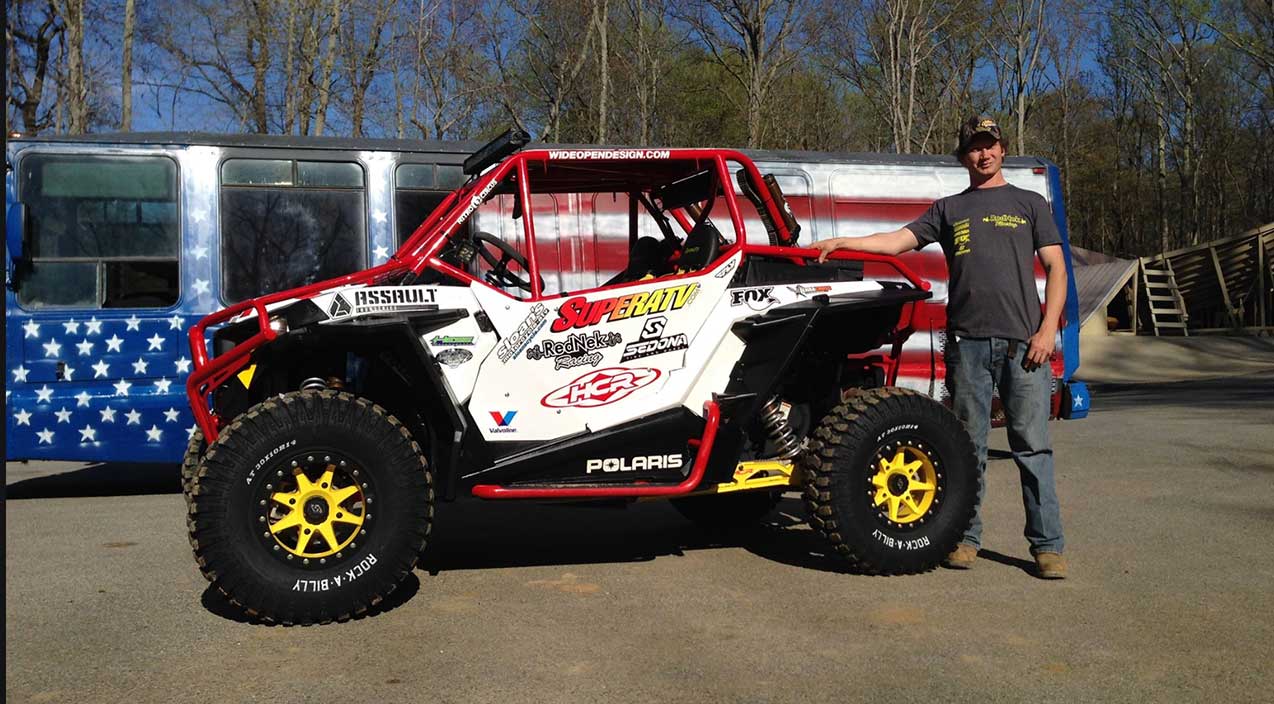 For a whole decade now, we’ve been following the antics of Travis Pastrana and his group of insane friends that make up the group collectively known as The Nitro Circus. For those of you out there salivating at the opportunity to “correct me”, yes, I know about the DVD series from 2002 or so, but most of America wasn’t introduced to Travis & Co until they landed on Fuel TV and subsequently MTV.

If you’ve managed to miss the show or the many articles we’ve shared about the Circus, it consists of the aforementioned Pastrana and his friends Andy Bell, Jolene Van Vugt, Jim DeChamp, Erik Roner, “Street Bike Tommy” Passemante and the guy featured in the video below, Hubert Rowland, among other stars of the extreme sports world. They get together and do some of the most ridiculous, entertaining stuff, most of which takes place on some form of motorized vehicle. From hitting massive jumps off the ramps in Travis’ back yard to racing through the woods, these guys constantly push the limits, and that leads to a lot of broken stuff.

That’s where today’s featured guest, Hubert “Two First Names” Rowland comes into play. Rowland serves as the team’s mechanic, keeping all of the bikes and side-by-sides in good working order and making repairs when needed, which is likely pretty much a daily thing. Hubert has also been known to jump on a bike or hit the trails in the side-by-sides and do some stunts and racing of his own.

Many people don’t know that, behind the scenes, Hubert is also a track engineering mastermind, working with Nitro Circus, Monster Jam, and Monster Energy AMA Supercross to design and build tracks. Years of experience have made him one of the most sought-after experts in the field. In 2017, he also became the first person to travel coast-to-coast in a SXS. Needless to say, there’s much more to Hubert than his southern drawl would lead you to initially believe.