Mercedes-Benz’s Massive Unimog U500 is the Ultimate Pickup Truck 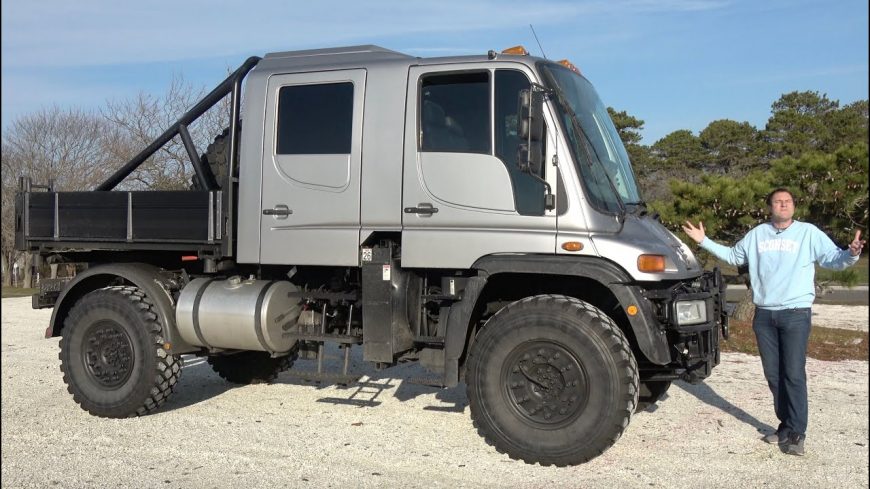 When we bring up Mercedes-Benz, what’s the first thing that comes to mind? For the vast majority of people, we probably would guess that they would envision something like a luxury sedan. The brand has really found its bread and butter in offering high-end luxury machines to their clientele. Even while this segment has expanded greatly over the years, Mercedes-Benz still takes part in other segments as well.

For example, the brand is also known for its participation in the commercial segment. If you look closely enough, you might just see a variety of different Mercedes-Benz branded buses and work trucks floating around on the roadways. It’s not exactly what one would typically associate with the brand but definitely is a strong aspect of their business model.

This time, we dig into yet another creation from Mercedes-Benz from over the years. It really shows just how versatile the brand really is. On display this time, we check out one of the biggest and baddest machines to don the Benz star logo. The 2004 Unimog isn’t just any truck but instead a massive crew cab designed to really do some heavy lifting. This isn’t just any ordinary pickup truck as you might be able to tell upon first glance.

By following along with the video below, we get the complete guided tour of this monster that really brings something different to the table. Doug DeMuro takes us inside and gives us the complete rundown on what exactly one can expect with such a massive pick up. This truck certainly isn’t for everyone. However, we have to admit that it would be a pretty cool muscle machine to add to the garage for those who it does make sense for. Just imagine all of the possibilities with such brute force at the fingertips!

« Did Toyota Just Fix The MK5 Supra With a Simple Modification?